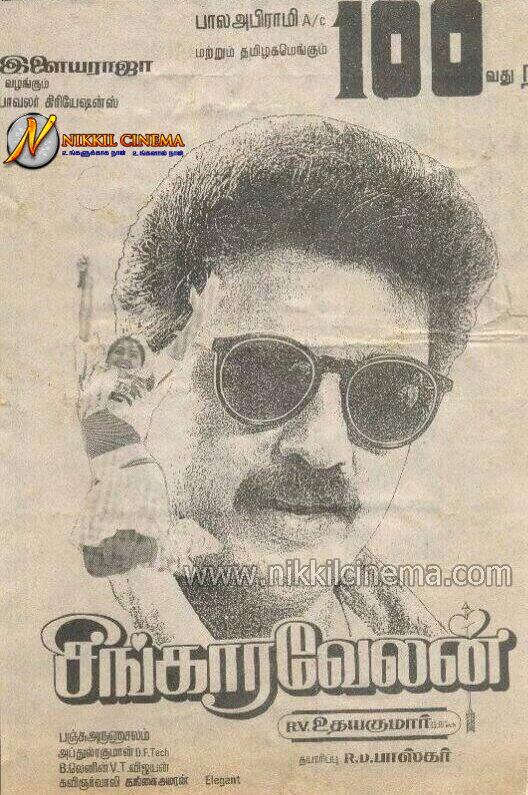 Singaravelan “Velan”, on his birthday, tames a wild bull by just talking to him. He seems to share a special bond with animals as he works in his farm filled with animals. Later that day, his mother, Parvathy, calls him and decides to tell him the truth about his late father. Velan, in his imagination, thinks that his father was killed by four goons (as is the case of many Tamil films then) but soon learns that his father did actually die of a brain illness like he had been told before. But, he had died heartbroken that his marriage with Velan’s mother was not accepted by her sister-in-law and they had broken all links. Further, they believe that it was Parvathy’s curse that killed her brother and sister-in-law in a car accident and they get a promise from the guardian, that their daughter should not be married to Parvathy’s son. Velan’s mother reveals that it is Velan’s duty to get married to her brother’s daughter Sumathi to bring the separated family back together. Armed with only a picture of the girl when she was four, he leaves for Madras to fulfill his mother’s wishes. 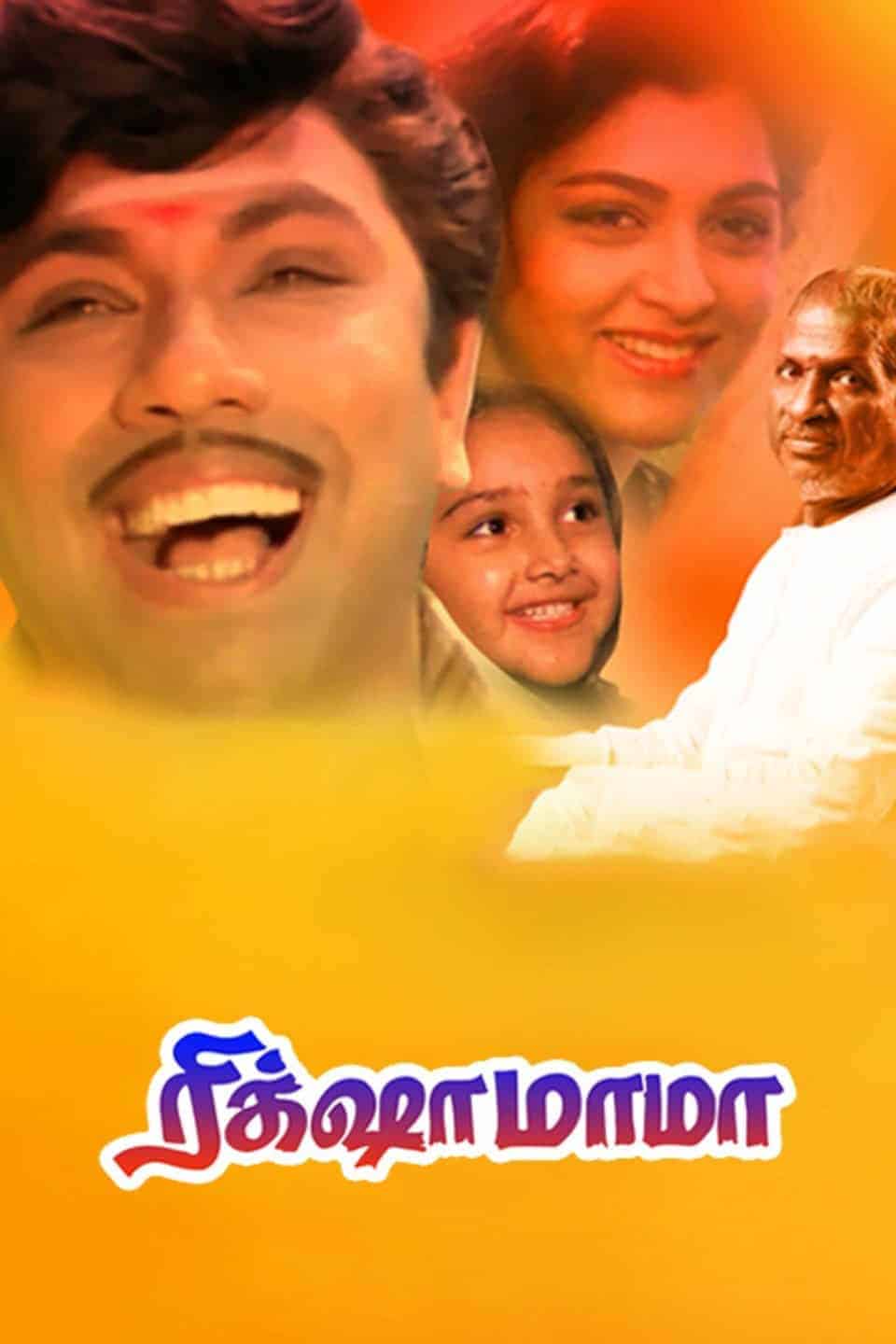 Bhuvana, A lonely girl who is parentless longs for true love and parental care. Though Bhuvana is a granddaughter of a rich businessman he has no time to spend time with the child. The child wants to travel in the Rickshaw along with other children and she wants to be with Rickshaw Mama (Rickshaw uncle) aka Raja who takes of care of kids with love. Bhuvana is been attempted to kidnap and Raja saves her. Bhuvana is very adamant to go to school in the Rickshaw and her care taker appoints Bhuvana to drop in and pick up from school. Initially Rickshaw Man wonders why is he appointed for pick-up and drop when the child itself is rich enough. Later finds out that the girl is longing for love and affection. He takes care of Bhuvana with full affection and care and looks after her like a father. Since Bhuvana is under his care the kidnappers are not able to kidnap her. Raja brings home a woman and she is very fond of him and she starts loving him. However she is jealous of the child and Raja’s affection for the girl, she wanted him solely for her. She drives away the child by saying that Raja will love and take care of his own kid only rather than her. This drives Bhuvana crazy and she runs away. Unfortunately meeting with an accident. Bhuvana is admitted in the hospital and her grand father comes to visit the child. Rickshaw man finds the truth and rushes to see her in the hospital. The grand father is shocked to see him and asks his men to drive him away and Raja is injured. He also finds the truth that the child is his own daughter. 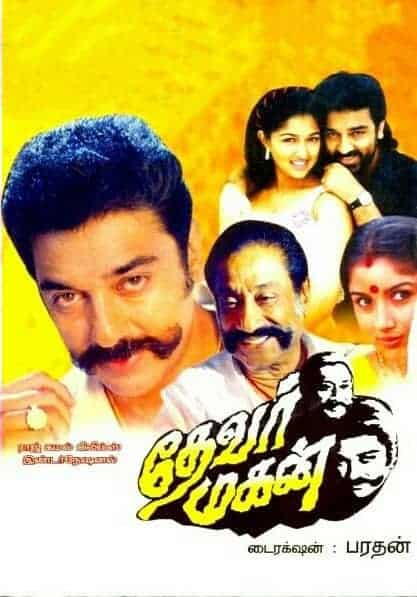 Sakthivel (Kamal Haasan) returns home to his father Periya Thevar’s (Sivaji Ganesan) village in Tamil Nadu after completing his education in London. Much to his father’s annoyance, he brings his westernized girlfriend Bhanu (Gautami) with him to meet his family. Periya Thevar is deeply offended since it is a tradition that the family elders choose the youngster’s spouses. To make things worse, Sakthivel reveals his plans on opening a chain of restaurants in Chennai which saddens Periya Thevar as he wanted his son to help the villagers improve their lifestyle with his level of education. 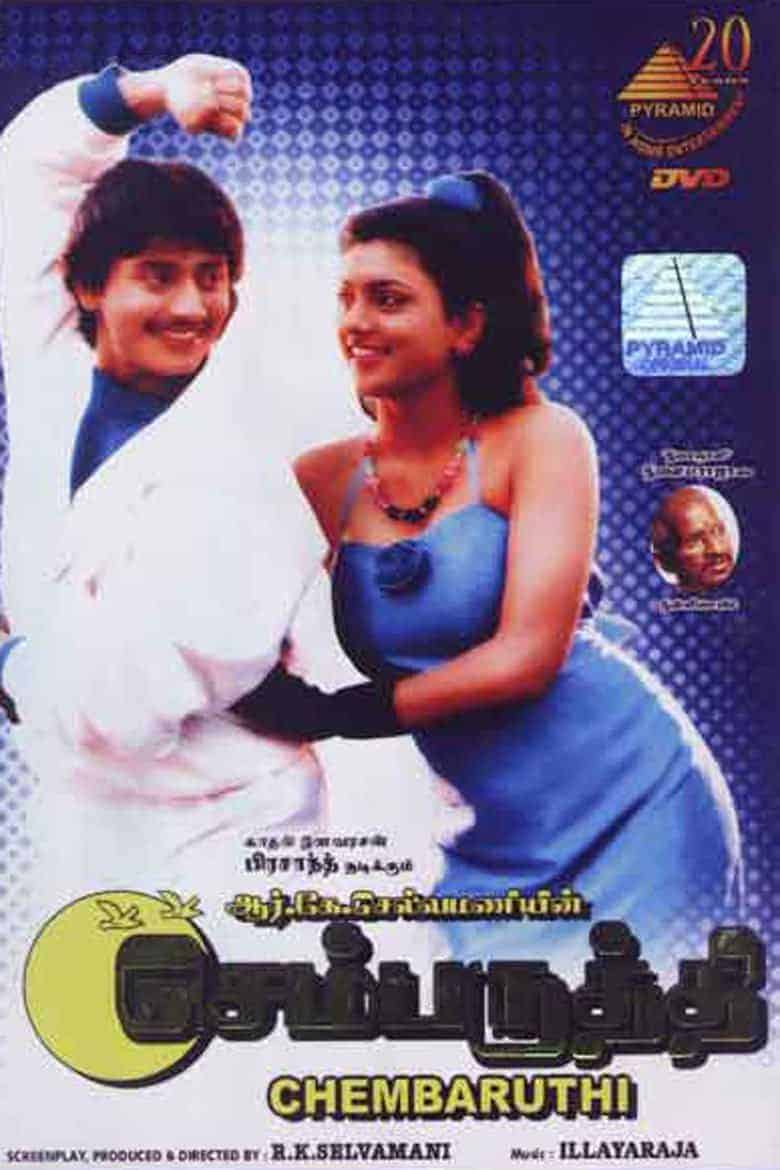 The film is a story about the love of two teenagers of different classes – Raja (Prashanth), who is settled in London, the grandson of a rich businesswoman (Bhanumathi), comes to the fisherman village in India to see his grandmother. Chembaruthi (Roja), sister of a poor fisherman Pandy (Radha Ravi), who works in Bhanumathi’s house. The couple first see each other during Raja’s birthday party and it is love at first sight for Raja. They meet often and their love grows leaps and bounds. The grandmother wants Raja to marry the daughter (Pinky – debutant Adeen Khan), of a rich seafood exporter Murugan (Nasser). At the party they announce their interest of Raja with Pinky. Raaj realises that his relationship with the daughter of a poor fisherman is not taken kindly by his eccentric grandmother and when she comes to know of Raja’s love with Chembaruthi, she accuses Pandy, of using his sister’s beauty and charm to trap Raja for his money. She even offers Pandy cash to have Chembaruthi stop seeing Raja. Pandy feels highly humiliated by this accusation and reciprocates by insulting Bhanumathi. Their talk enters a deadlock and spells doom for Raja and Chembaruthi’s tender love. Bhanumathi engages Raja to the daughter of Murugan in order to establish business ties with her rich father. Murugan also engages his sister to another fisherman Kumar (Mansoor Ali Khan), but Raja & Chembaruthi run away from home. Bhanumathi announces a reward for anyone who can help find her grandson. Murugan decides that he wants the money. He and his goons find the lovers, kidnap and lock them up in a boat. Raja fights his life out for Chembaruthi and saves her from being drowned in the sea. Bhanumathi realizes that their love is very strong and doesn’t want to stand in the way of their happiness. She and Pandy accept their love and give their blessings to the union. 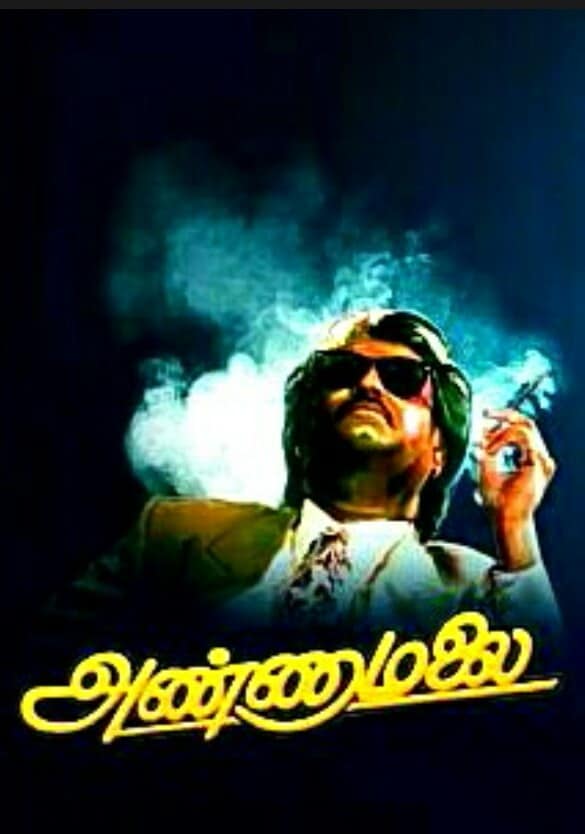 Annamalai is a milkman, while Ashok is the owner of a five-star hotel in Chennai. They have been very close friends since their childhood. Ashok’s father Gangadharan never liked his son’s friendship with a poor milkman. Annamalai is kind-hearted and innocent, and falls in love with Subbulakshmi, a college girl. Ashok too falls in love with a poor girl, Shanthi. Annamalai arranges Ashok and Shanthi’s wedding which angers Gangadharan as he thinks Shanthi does not have the status to become his daughter-in-law. 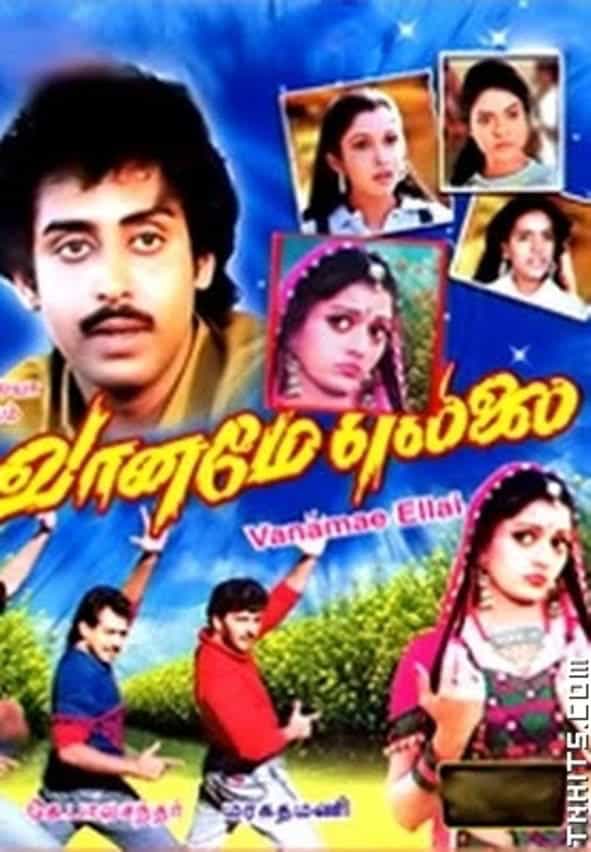 Five young people decide that life is not worth living anymore for various reasons.
Anand Babu, the son of a judge is an idealist and never suspects that the many gifts that are showered upon him by his father were things received as bribes. One day he shoots a video song about corruption in the society dressed as a robot. Seeing this, his friend remarks that his own father is very corrupt. The angered Anand Babu beats up his friend and challenges him that if that were true, he would commit suicide out of shame. Back at home, he sees his father taking a large amount of money as bribe for a lawsuit. The shocked Anand Babu argues with his father over his corrupt practices. His mother budges in and starts justifying corruption which has brought the family luxuries like the bungalow, car and Anand’s Yamaha bike. Besides, a large amount of money is needed for the marriage dowry of their two daughters (Anand’s sisters). Anand is unable to bear this and immediately sets fire to his new Yamaha bike. He leaves home. 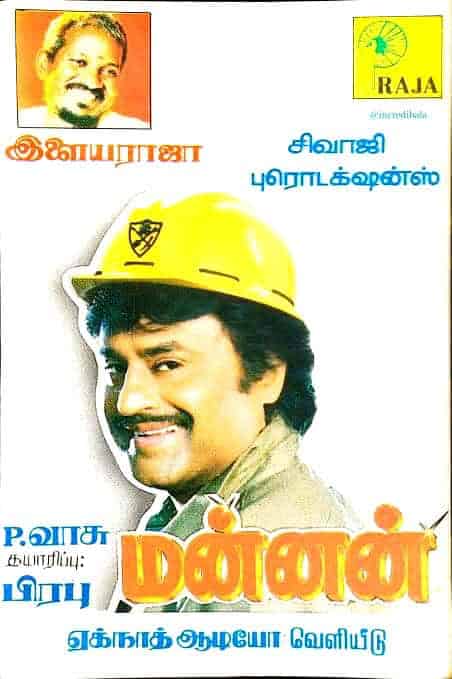 Ambitious Industrialist Shanthi Devi(Vijay Shanthi) meets her match in her employee Krishnan(Rajinikanth). Who Impresses her but there is a huge ego war and tension between them. Shanthi Devi who is portrayed as a Lady who cannot cope with failures gets a surprise defeat from her employee when He challenges her candidate in Her Factory union elections this starts of a series of events which Makes her form a plan of marrying Krishnan and spoiling his life whether she was successful or not forms the crux of an interesting plot. 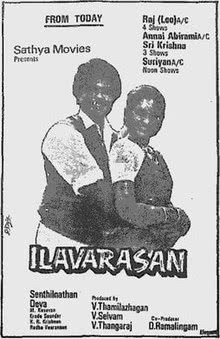 Mirasu (Senthilnathan) killed his elder brother Selvanayagam (Nizhalgal Ravi) and Selvanayagam’s wife (C. R. Saraswathi), he tried to kill his mistress Lakshmi (Kavitha) for the inheritance. The innocent Lakshmi was then sent in jail for Selvanayagam’s murder and gave birth in jail, with the help of a police officer, she escaped from jail with her son Vijay.
Many years later, Mirasu spreads terror among the villagers and rapes the village girls, his son follows his path. Poongodu (Sukanya) and her family try to flee the village but Mirasu’s henchmen intervene and Vijay (Sarath Kumar) saves them. Vijay, who comes from another village, introduces himself as an orphan. Poongodu falls in love with Vijay and he gets married to her. Finally, Vijay clashes with Mirasu. What transpires later forms the crux of the story. 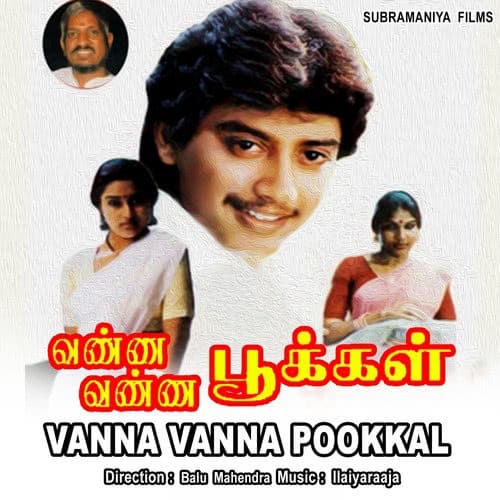 A young man saves a girl from committing suicide in the forest, he brings her home and to live with him.He falls in love with her and arranges for them to get married, but she disappears only to be found in a hospital. 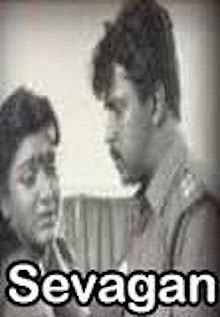 Sanjay (Arjun Sarja), a fearless and upright police officer, is transferred to a new city. He lives with his widowed mother (Kavitha) and sister. He also has a half-brother Ashok (Nassar) and stepmother. Ashok works for the corrupted minister Sabapathy (Captain Raju), who is involved in liquor smuggling, procuring, and illegal gambling. One day, a corrupt police officer Sridhar (Sakthivel) tries to rape an innocent girl Anjali (Kushboo). Sanjay arrives on time, saves Anjali, and beats Sridhar. Sanjay later gets married to Anjali. He strongly supports the politician Sathyamoorthy (Charuhasan). Sabapathy decides to target Sanjay’s weak point: his wife Anjali. What transpires later forms the crux of the story. 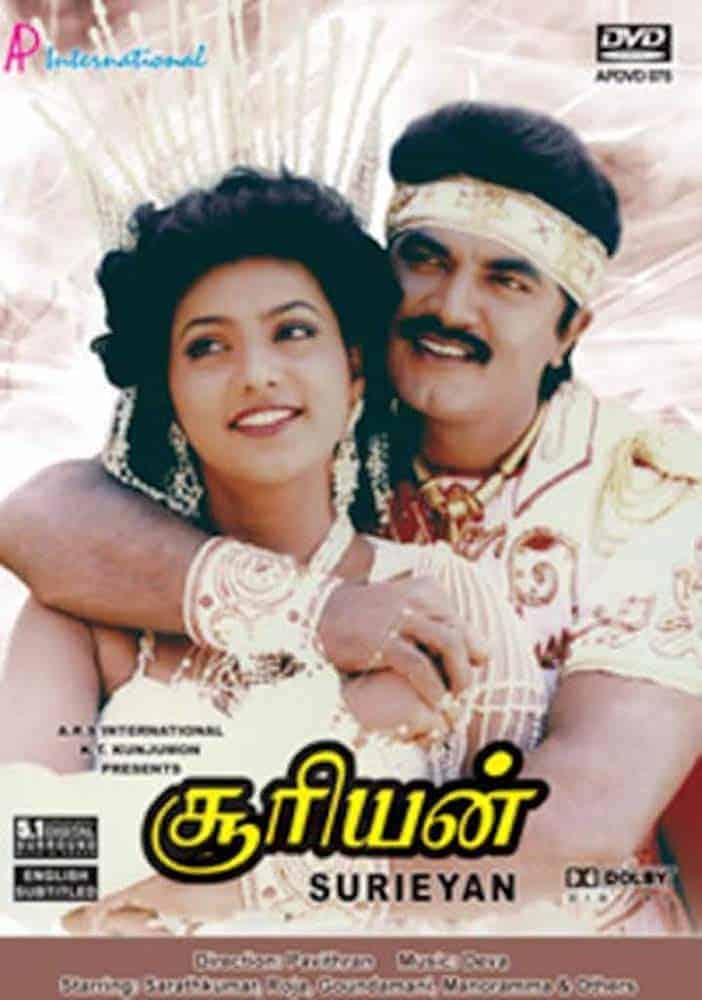 The CBI is in search of Sooriyan, an intelligent security officer of central ministry, who is accused of murdering a central Minister. But he has taken shelter in a remote village. 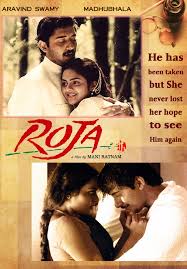 Roja, a simple girl from a village in Tamil Nadu, makes desperate efforts to find her husband, Rishi, after he is kidnapped by militants during a secret undercover mission in Jammu and Kashmir. 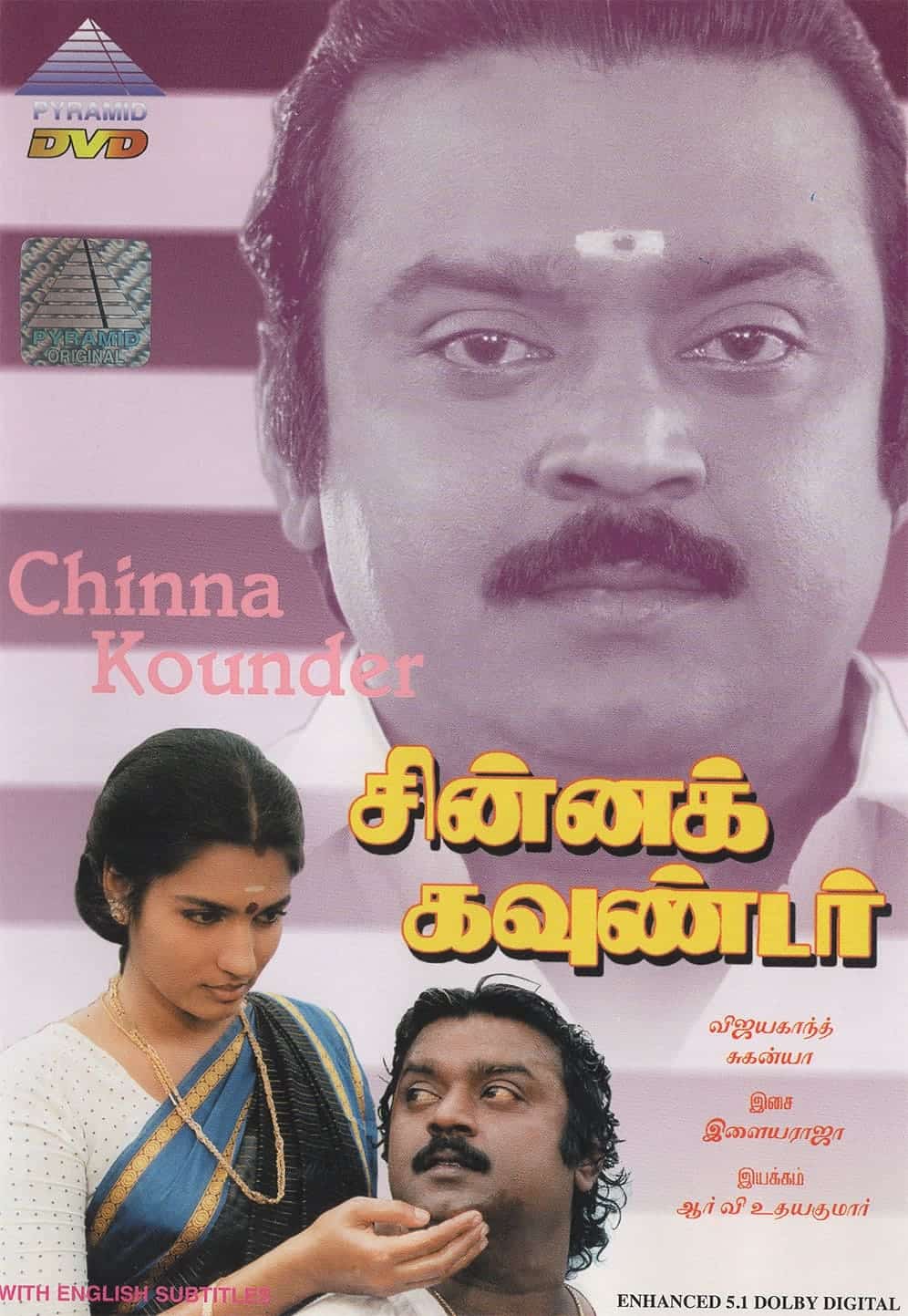 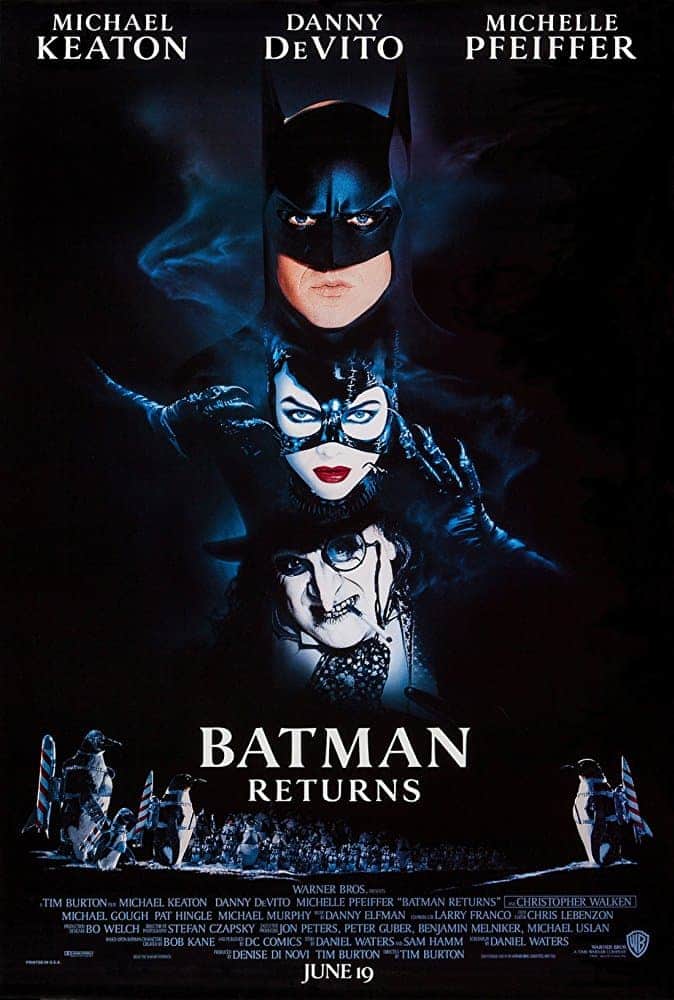 When Max, an entrepreneur, and criminal Penguin team up to wreak havoc in Gotham City, Batman decides to stop them. Catwoman’s alter ego, Selina Kyle, seeks revenge on Max for trying to kill her. 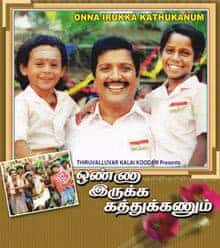 The story begins with a group of government officers coming to list the number of devastated houses. The officers promised them to give a big amount to build their house but in exchange for a little amount to register their name. So the illiterate villagers, who wants to make easy money, demolish their house. The officers turn out to be frauds. The village panchayat president (Vinu Chakravarthy) knows that the villagers will not interfere in his decision until they are uneducated. Sivaraman (Sivakumar), a new school teacher, tries to change their custom and the children are happy to learn at school. Soon, Sivaraman has trouble with the village head. 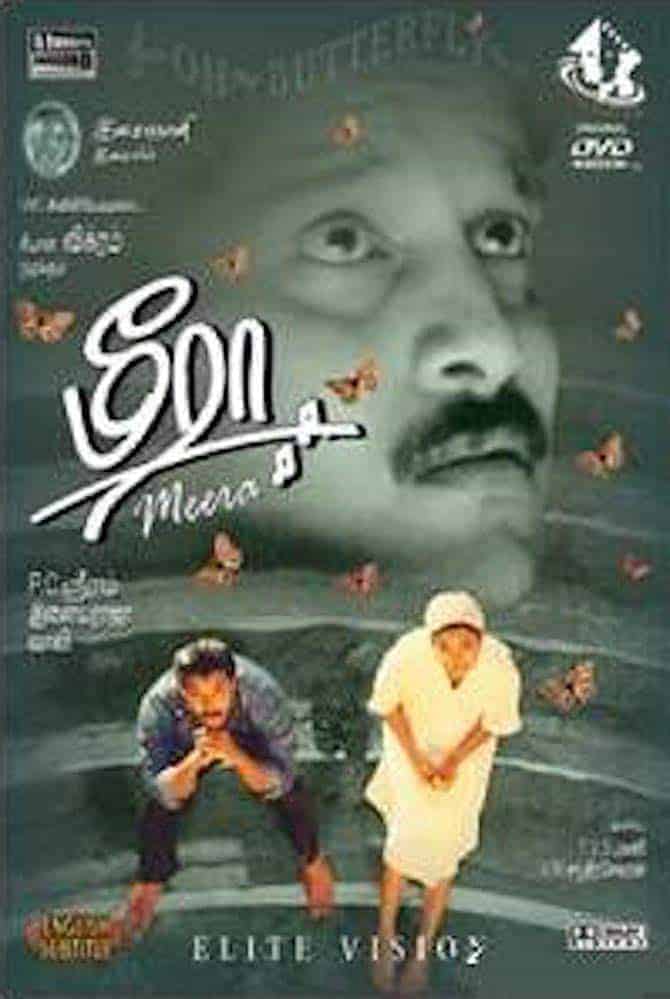 Meera is in a college and pregnant nearing labour. Here, she tells her story of how she got to this point in a flashback.