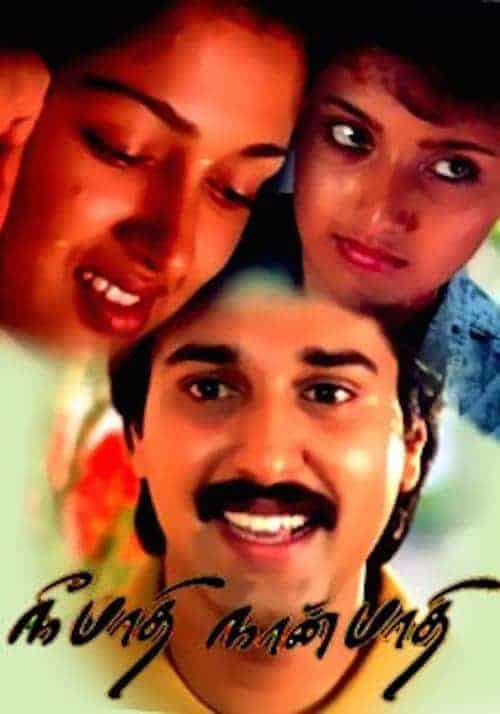 A woman’s illegitimate father tries to gain the approval of her new family. 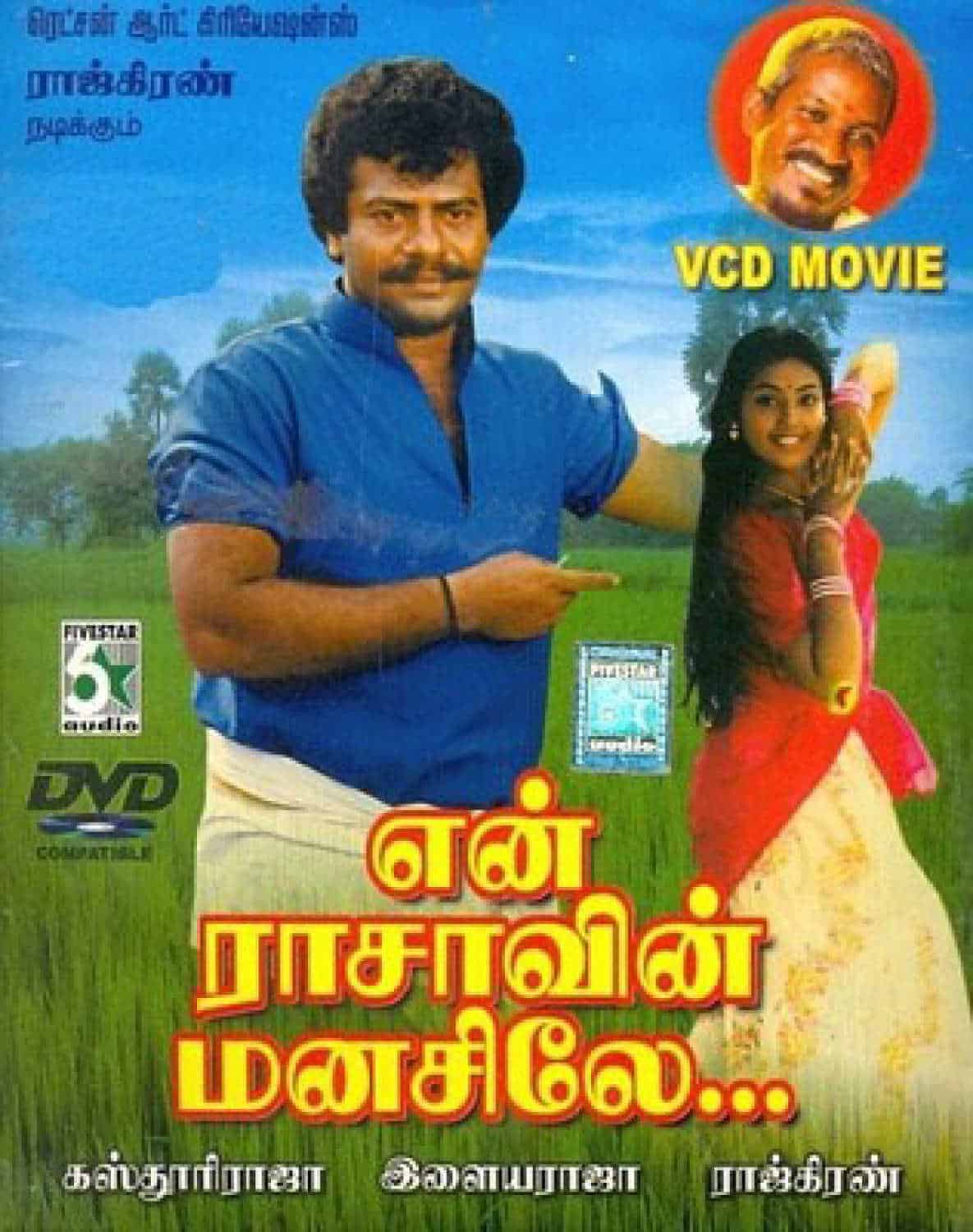 Mayandi (Rajkiran) was a brave and strong man who was respected by villagers. Mayandi was in love with his cousin Solaiyamma (Meena) and wanted to get married to her but they have nothing in common. The soft-spoken Solaiyamma was afraid of him. In the meantime, Murugesan (Raj Chander), a city youngster, fell in love with Solaiyamma’s little sister Kasthuri (Saradha Preetha). Later, Mayandi and Solaiyamma had an arranged marriage but Solaiyamma was still afraid of him after the marriage. One night, Mayandi came drunk in his house, molested the innocent Solaiyamma and brutally raped her. Since that night, Solaiyamma began to avoid Mayandi and she didn’t talk to him anymore. A few months later, Solaiyamma discovered that she was pregnant. Mayandi and Solaiyamma were unable to understand their feelings. Finally, Ponnuthayi (Srividya), Mayandi’s adopted mother, brought them back together. Unfortunately, Solaiyamma died after giving birth. 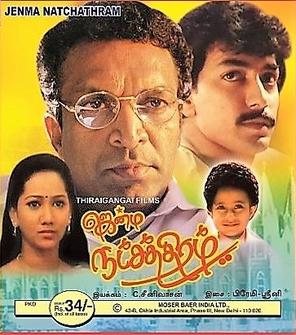 In Coimbatore, collector Anthony (Pramoth) is in a hospital where is wife Jenny Anthony (Sindhuja) gives birth to a boy, who he told died moments after being born. Anthony is convinced by the hospital chaplain head doctor Philips (V. Gopalakrsihnan) to secretly adopt an orphan whose mother died at the same time. Anthony agrees, but does not reveal to his wife that the child is not theirs. They name the child as Damien Anthony. Soon after, Anthony is appointed Tamil Nadu Chief Minister’s private secretary. When Damien reaches the age of five, Anthony is transferred to Madras. Mysterious events plague the Anthonys: large black dogs congregate near the Anthony home; Damien’s nanny publicly hangs herself at his 5th birthday party; a new nanny Mrs. Elizabeth (Indradevi) arrives unannounced to replace her; the five-year-old Damien violently resists entering a church; and zoo animals are terrified of Damien. 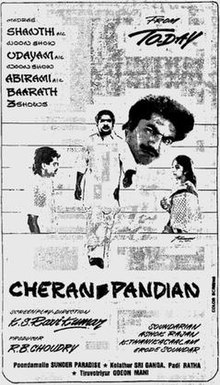 Vijayakumar is the rich head of the village (Manicheran Gounder) with his wife Manjula and his beautiful daughter Srija. He is a person of who strictly adheres to the caste. Sarathkumar is also a rich landlord in the same village. Though the father of both Vijayakumar and Sarathkumar are one but Sarathkumar’s mother was from a lower caste. So Vijayakumar always ignores and berates Sarathkumar. Their father, before dying divided his entire property equally between the 2 families. Yet Vijayakumar’s family gets first respect within the circle. The house of their father was equally split into exact 2 halves. Anandbabu who is a relative of Sarathkumar comes to meet him in the village and falls in love with Srija. Vijayakumar comes to know about this and he makes arrangements for Srija’s marriage with K.S.Ravikumar, son of Nagesh. At the end Vijayakumar becomes a good person with the advice of Manjula and a happy end of Anandbabu marrying Srija. 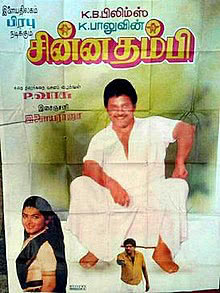 Nandini is a rich girl raised by her three loving brothers. However, after an astrologer predicts that she will marry a man of her choice, her brothers try to protect her all her life. 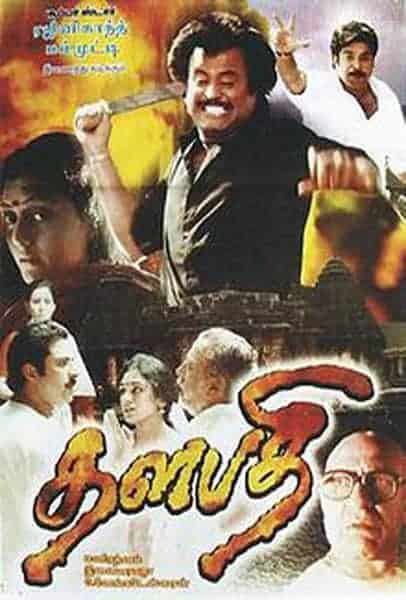 A 14-year-old forlorn Kalyani delivers a boy in seclusion, fearing societal backlash and incapacity. She abandons him, heavy-hearted, placing him inside a moving goods train, which a slum dweller finds. The slum procures him as their common child, naming him Surya and they collectively raise him honest. He grows up, intolerant of injustice especially to the poor, though he wonders why his biological mother had impetuously abandoned him. A yellow shawl was the only identity he had of his mother, which she had placed him in when casting him away.
Devaraj, a powerful don who is kind yet feared by most in the society, also fights injustice, but by violent means. Ramana, an auxiliary of Devaraj’s, whose abusive demeanour led Surya to attack him, succumbs to his death. Surya gets apprehended for this. An exasperated Devaraj soon perceives Ramana’s felony, realises Surya’s cause was genuine and bails him out. Thus, Surya and Devaraj get to understand each other as both share similar social ideologies despite getting off on the wrong foot. Devaraj declares Surya his “Thalapathi”, a best friend. 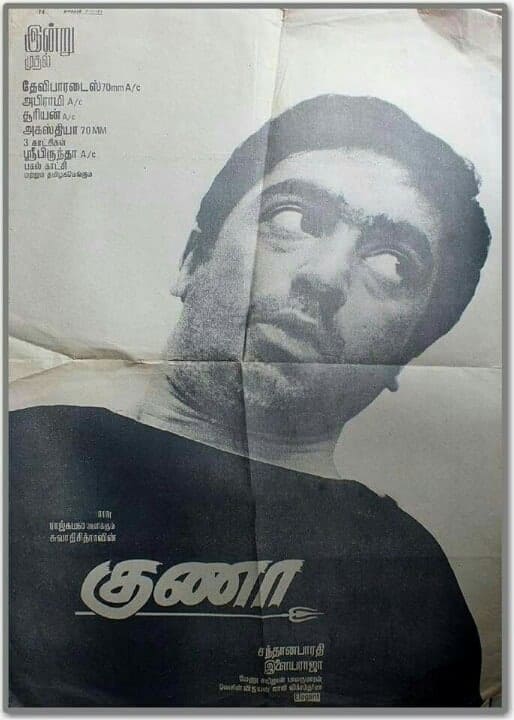 Guna (Kamal Haasan) is a mentally affected person and receives treatment in a mental hospital in Hyderabad. He does not like his father, and his mother Manonmani (S. Varalakshmi) is a moll in the house that they live. He assumes a fictitious character named Abirami (also the name of an Indian goddess) and registers in his mind that she is an angel who is going to marry him on a “full moon day”. After coming out of the asylum, he believes the story to be true and believes that his Abirami is somewhere around.
A bunch of hooligans led by Guna’s uncle (Janagaraj) trick Guna into robbing a temple of Abirami, an Indian goddess. He happens to see a rich girl (Roshini) in there, right after his uncle tells him that “Abirami will come”. He decides that she is the one, and in the confusion following the robbery, he takes her with him to a lonely, damaged house situated at the top of a hill in Kodaikanal. Police start investigation regarding the robbery and missing of Roshini. Initially, Roshini hates him for his weird nature and for holding her captive. 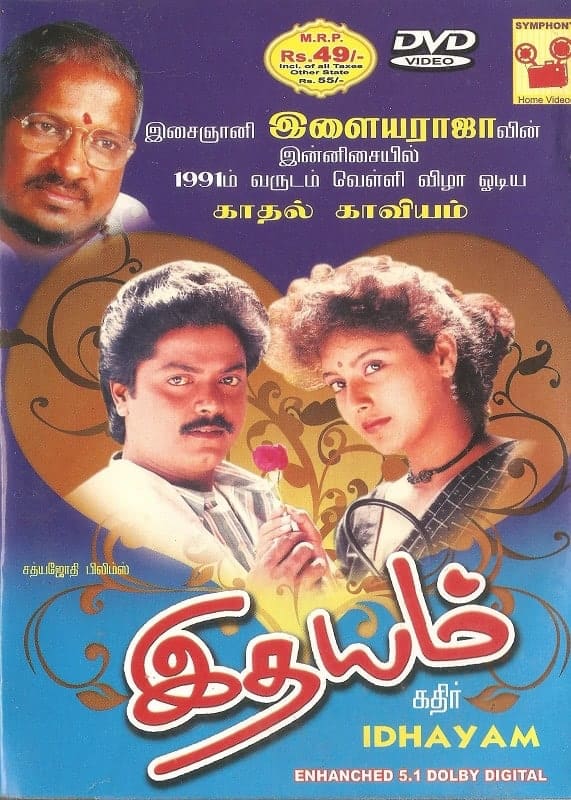 Raja, an introvert medical student falls in love with his fellow college mate, Geeta, but does not have courage to express his love to her. When he decides to convey his love, then he misunderstands that Geeta is in love with someone else but in fact she was helping her sister and her lover to unite. Her father does not accept her sister’s love and the pair commit suicide.
Towards the end of the final year of college, he finally conveys his love to Geetha when she is in the college mourning her sister’s death. On the last day of college, Raja comes to know that the Geetha is about to be engaged soon to someone else, he couldn’t cope with the news and suffers a mild heart stroke and gets hospitalized. In the mean time Geetha starts falling in love with Raja, she visits the hospital to express her love only to find Raja has left to catch a train to his native village. She rushes to the railway station and searches for him, she finds her father on the way and her father accepts her love, she finds Raja’s friend Chinni instead and will come to know of Raja’s heart condition that he cannot digest a very happy or sad news. Chinni urges Geetha not to meet Raja then and promises after Raja recuperates, he will unite them. The film ends as Geetha looks at the departing train. 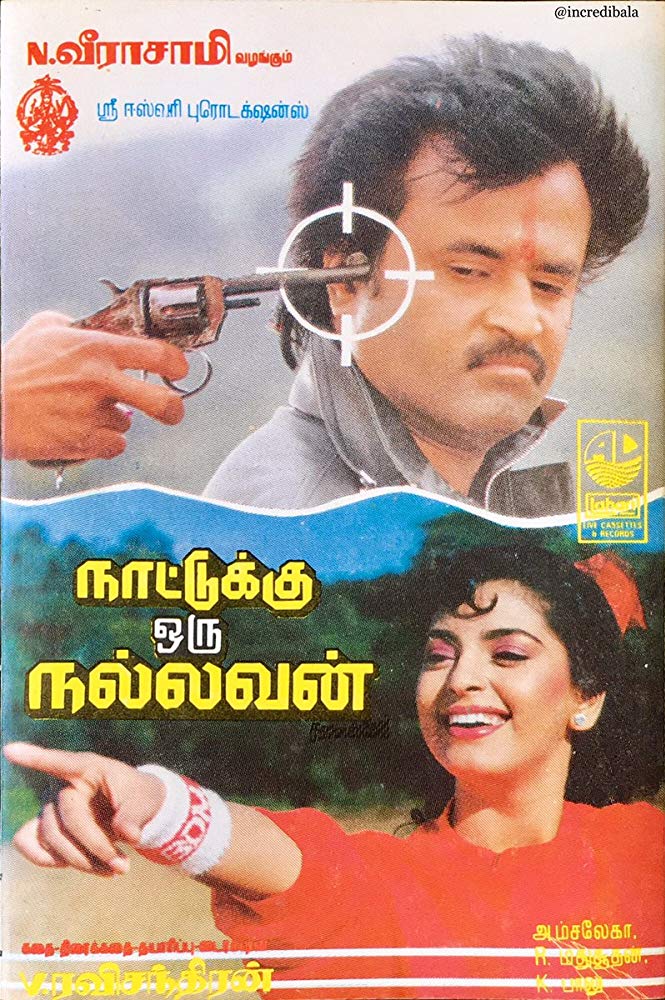 Nattukku Oru Nallavan is the story of an honest police officer (Rajinikanth) and his fight against a dreaded criminal named Dddy (Anant Nag) who indulges in organ transplant mafia. 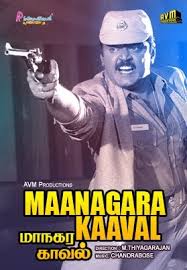 Vijayakanth as a super cop to protect the life of Indian Prime Minister (Lakshmi). The movie was a Blockbuster. It was dubbed in Telegu as City Police. 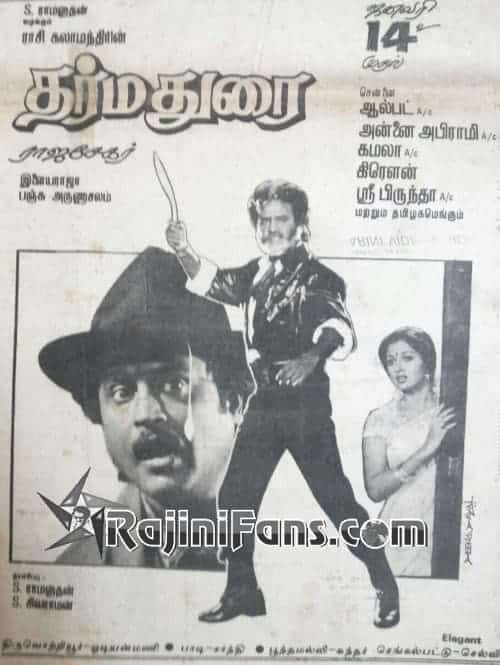 A man sacrifices everything for his two younger brothers and even spends seven years in prison for a crime he did not commit. 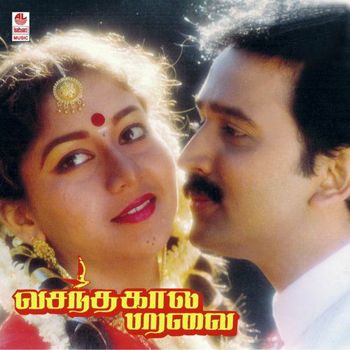 Ravi, a shopkeeper, falls in love with Uma, a student, who belongs to a rich family. But their relationship is tested when Uma’s brother decides to intervene and break their bond.