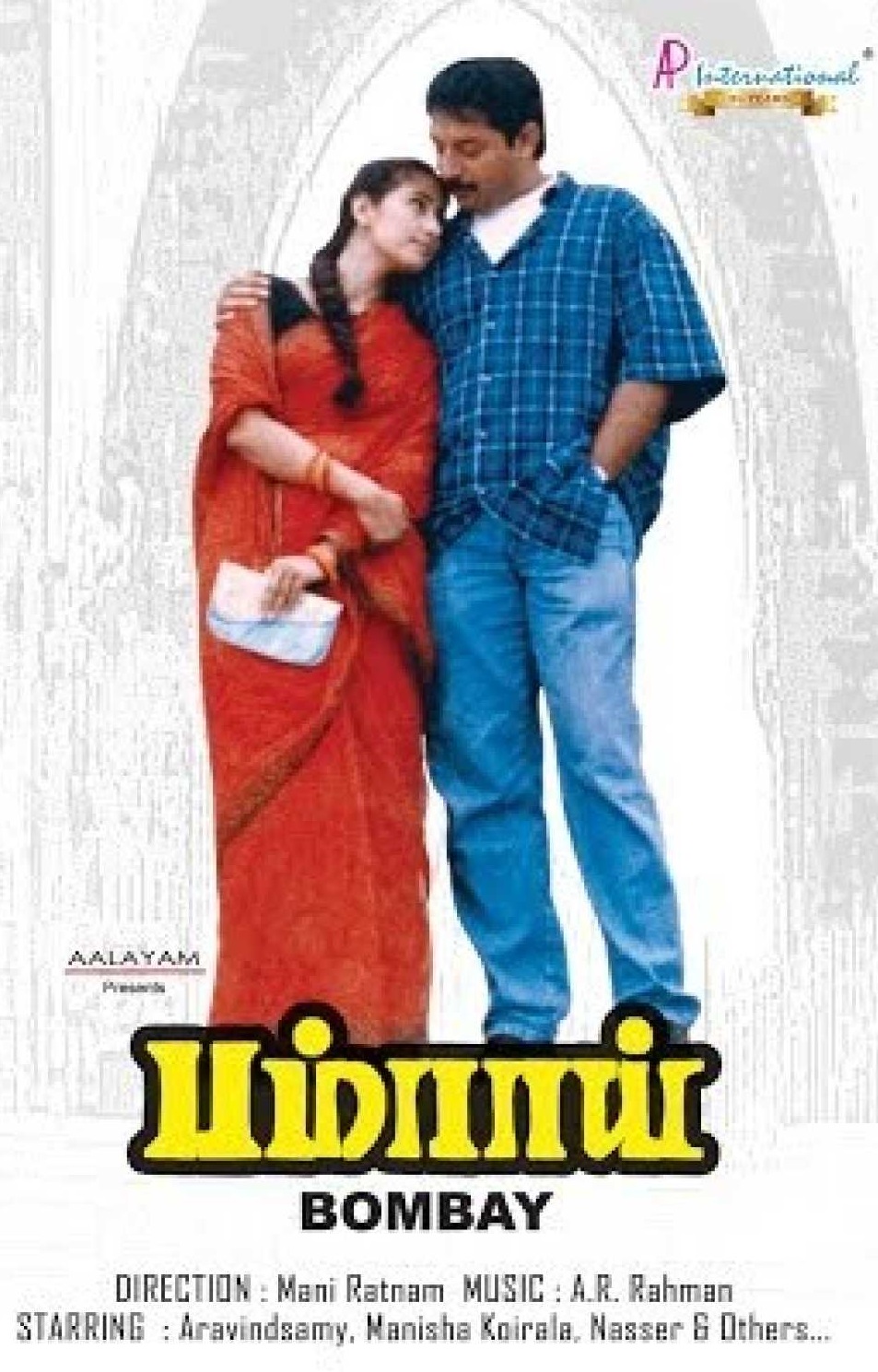 Shekar a Hindu boy and Shaila a Muslim girl fall in love in their village.Their relationship is opposed by their families , they elope to Bombay and get married with the help of Shekar’s friends.Shaila looks after the house while Shekar is a news reporter they soon have twin boys and after few their families decide to bury their past and reconcile.But the joy is short lived as Hindu and Muslim riots erupt in Bombay after demolition of Babri Masjid separating the family. 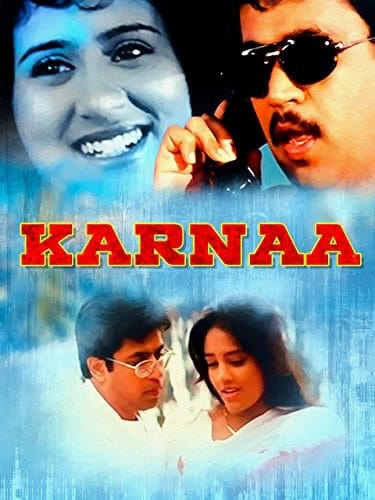 Vijay (Arjun Sarja), a carefree and frolicsome youth, is sent by his father Deenadayalan (Ravichandran) in Ooty to work and becoming a responsible businessman. There, he falls in love with the college student Anjali (Vineetha). Her brothers (Mohan Raj and Vimalraj) are dangerous criminals and they are against their love because Vijay’s father is a police officer. Thereafter, Devaraj is sent to jail so his brother appoints the lawyer Karnaa (Arjun Sarja) who is disabled and a sensitive person. Later, Karnaa falls in love with the school teacher Amudha (Ranjitha), after few quarrels between both. One day, Deenadayalan saw Karnaa at the court who looks like his son Vijay. In the past, he had twin boys, but abandoned one of the twin baby because he was disabled. Karnaa is upset when he knew the truth and is now determined to win the case in front of his father. He finally wins the case and Devaraj is released immediately. 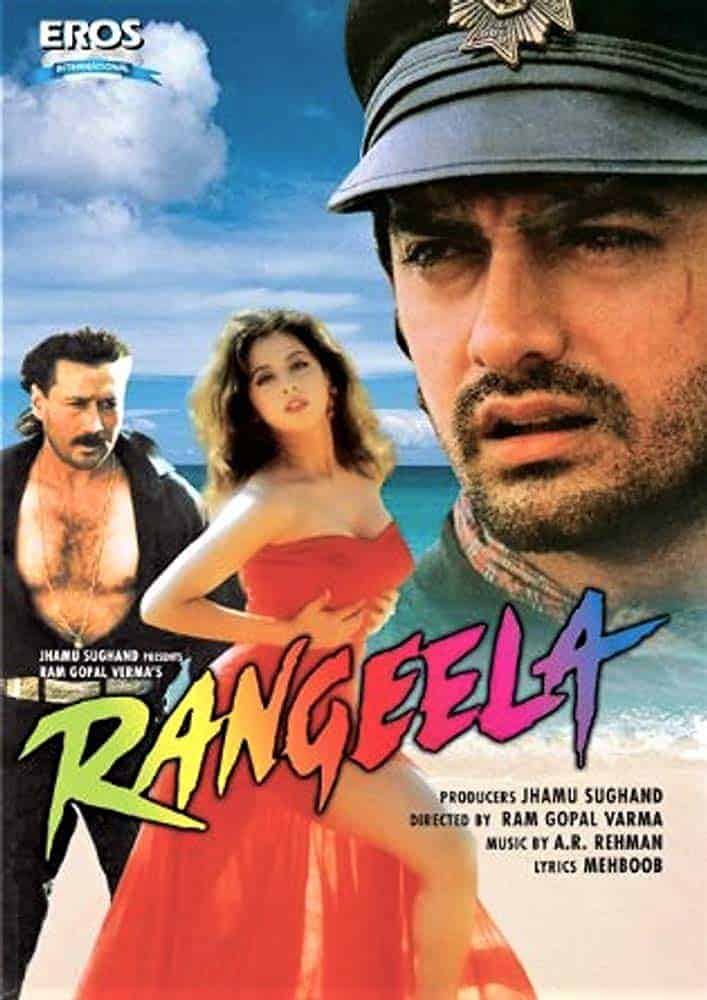 Mili is a middle class Indian, and like many would like to be rich and famous one day. She wants to be an Indian actress. She is friendly with another poor man named Munna, who she knows from her childhood. One day while she is singing and dancing on the beach, she is approached by a rich and famous movie actor, Raj, who wants her to act in his next movie. Raj has actually fallen in love with Mili and wants to get married to her. Mili finds her dreams coming true when she gets very famous. Will Mili marry Raj and live a life full of wealth and fame forever? 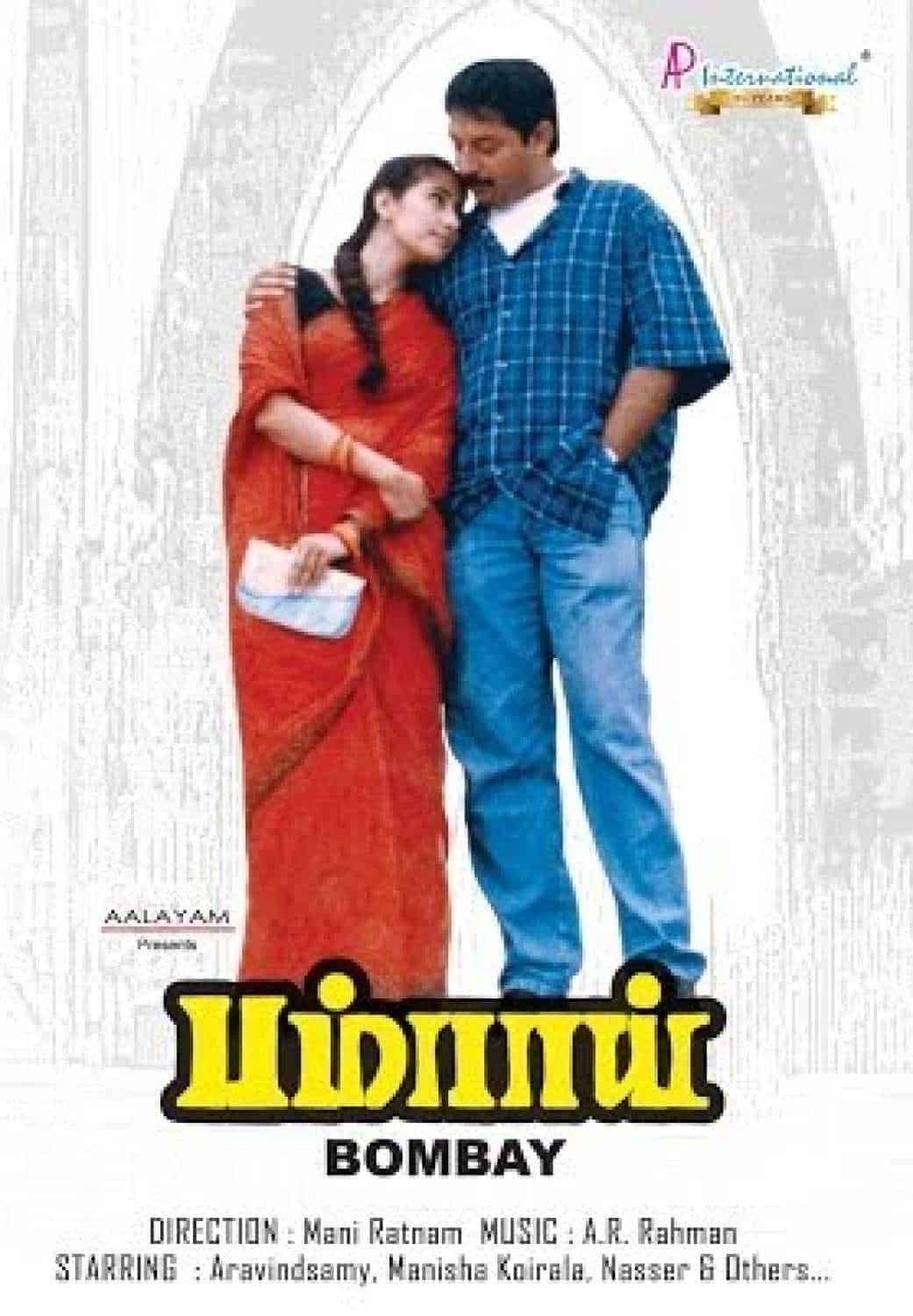 Based on true incidents, a south Indian Hindu man falls in love with a Muslim woman–taboo in the small village from which they hail. They marry against family wishes and move to Mumbai, where he works as a reporter for a large daily newspaper. Eventually, the couple has twin boys. The rest of the film is set during the December 1992-January 1993 period when the Ram Janmabhoomi-Babri Masjid controversy raised religious tension in Mumbai and other parts of India, which sparked rioting and violence. The couple is separated from their children, and the fathers of both parents are killed when their home is burned by rioters. A reporter is shown interviewing politicians from both factions as well as the police. An underlying moral of thinking of oneself as an Indian rather than a Hindu or a Muslim is prevalent throughout the latter part of the film. The family is finally reunited after much searching through hospitals, morgues, and shelters. 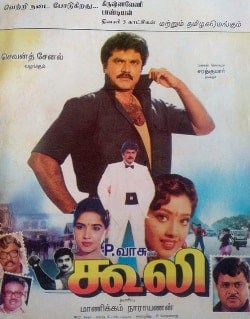 Radharavi is a very rich businessman and has industry with lot of workers. Radharavi bribes the workers union leader Ponambalam if any protest rises from the workers union. Ponambalam cheats the workers by telling the workers that the salary will increase by 5%, but they don’t give up till 7% increase and again the workers stand on the ground protesting. Meanwhile, Ponambalam goes inside alone and gets brandy from Radharavi and again comes out telling now at least 6% increase in salary is agreed by Radharavi and thus tries to settle the protest. Here Sharat Kumar interferes and says that 20% increase is needed. For this whole worker union support Sharat Kumar and make him the leader. Sharat Kumar has a sister who is a close friend to Meena, the daughter of Radharavi. Meena loves Sharat Kumar seeing his good character. Radharavi is very angry with Sharat Kumar already, but tries to change him to be friendly and be like Ponambalam. Radharavi invites Sharat Kumar to the party as Sharat is the new union leader. At the party, Sharat is given a big car and already was given a good clothes to wear for the party. Sharat likes the car and takes the car key and drives the car and damages the car. Sharat also throws away the clothes and says that he prefers to be a poor man till others are given the same offer and comes out of the party. Radharavi has a son who finished studies and come to support him in business. The son of Radharavi falls in love with Sharat Kumar’s sister. 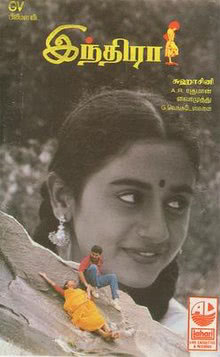 The film revolves around a group of villagers from Maranur, India, and their clash with a neighbouring village leader as their community begins to prosper. Soon, money and greed threaten a will for peaceful coexistence between the two rivalling communities. The main theme involves the role of the caste system and how the younger generation strive to overcome it. 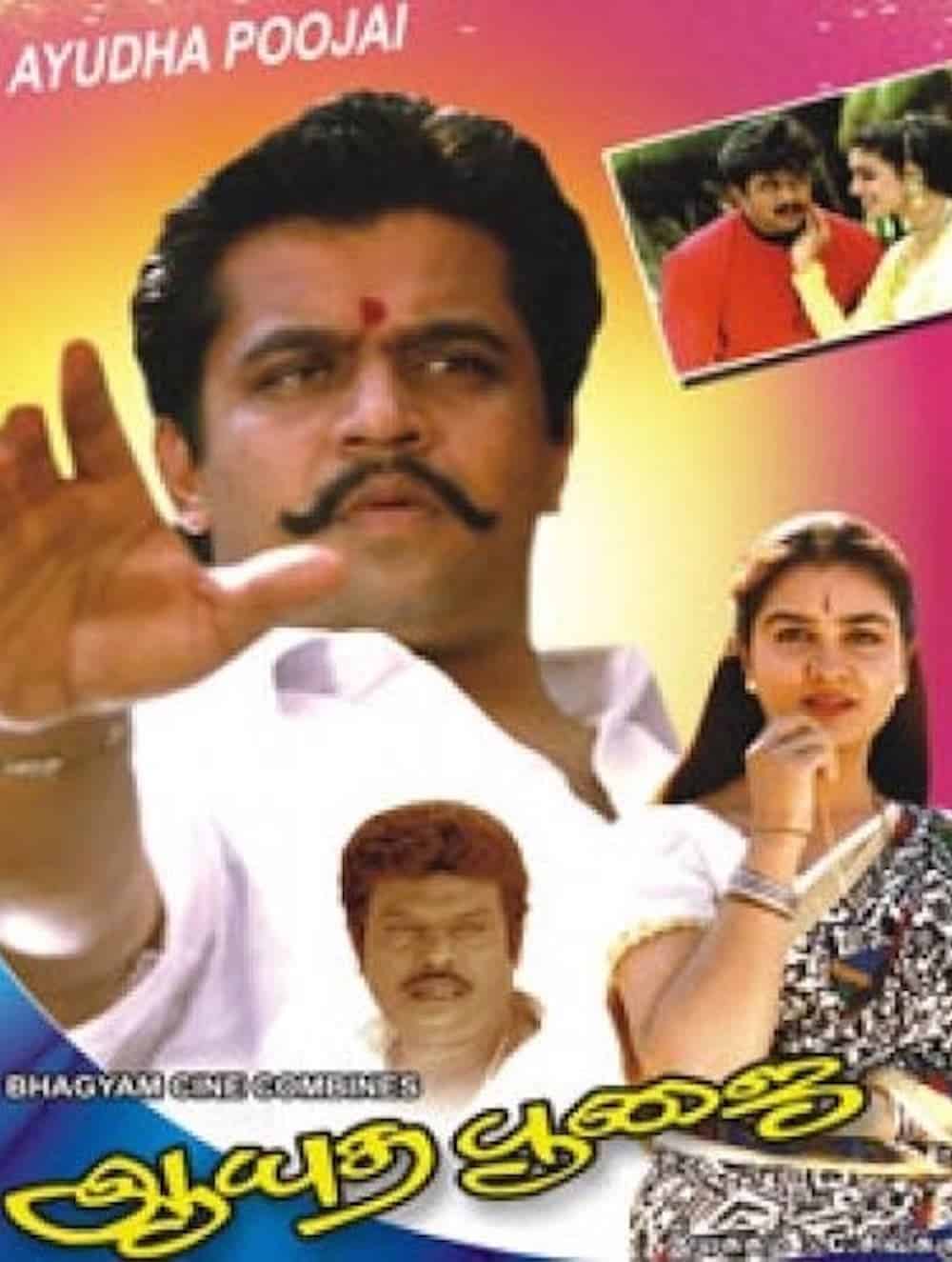 Krishnasamy (Arjun Sarja), a respected man, and Samiyappan (Thilakan) are in a feud for several years. Amudha (Nikitha), Krishnasamy’s daughter, hates her father because she thinks that he is a killer.
A few years before, Krishnasamy was a tea master with his friend Kandhasamy (Goundamani). After his father’s death, Krishnasamy had a lot of responsibility. He fell in love with Sindhamani (Roja). In the meantime, Samiyappan, a local don, cancelled his engagement because Sindhamani’s father promised Sindhamani to his son (Raja). One day, Krishnasamy ridiculed Samiyappan in a politic function. This humiliation irks Samiyappan, so his henchmen burnt Krishnasamy’s house and Krishnasamy’s brother who was in the house died. In anger, Krishnasamy entered Samiyappan’s house and fought against his henchmen but an honest police officer (Nagesh) arrested him before he committed murder. The police officer gave him a mission: stopping Samiyappan’s illegal activities. 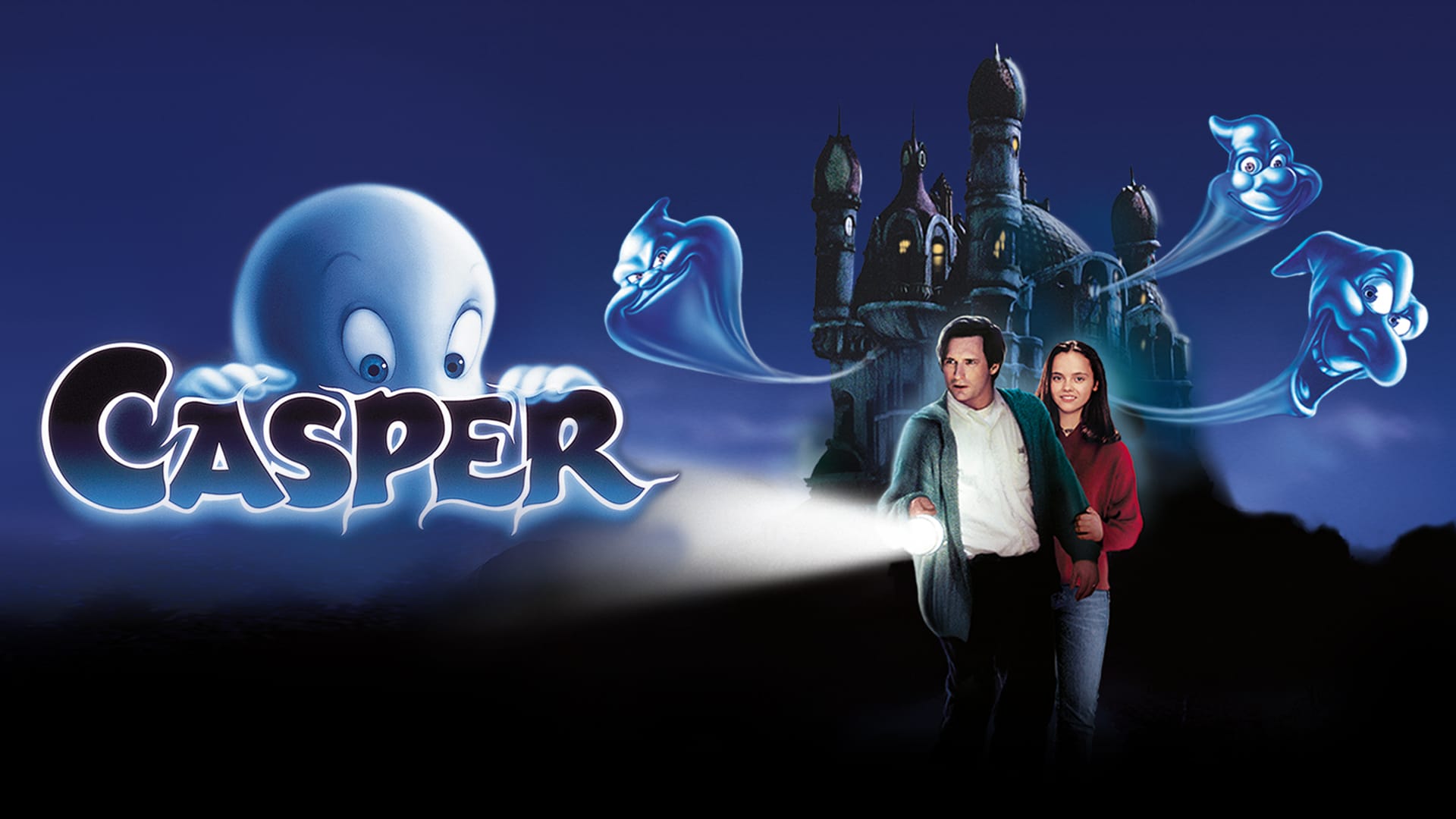 Furious that her late father only willed her his gloomy-looking mansion rather than his millions, Carrigan Crittenden is ready to burn the place to the ground when she discovers a map to a treasure hidden in the house. But when she enters the rickety mansion to seek her claim, she is frightened away by a wicked wave of ghosts. Determined to get her hands on this hidden fortune, she hires afterlife therapist Dr. James Harvey to exorcise the ghosts from the mansion. Harvey and his daughter Kat move in, and soon Kat meets Casper, the ghost of a young boy who’s “the friendliest ghost you know.” But not so friendly are Casper’s uncles–Stretch, Fatso and Stinkie–who are determined to drive all “fleshies” away. Ultimately, it is up to Harvey and Kat to help the ghosts cross over to the other side. 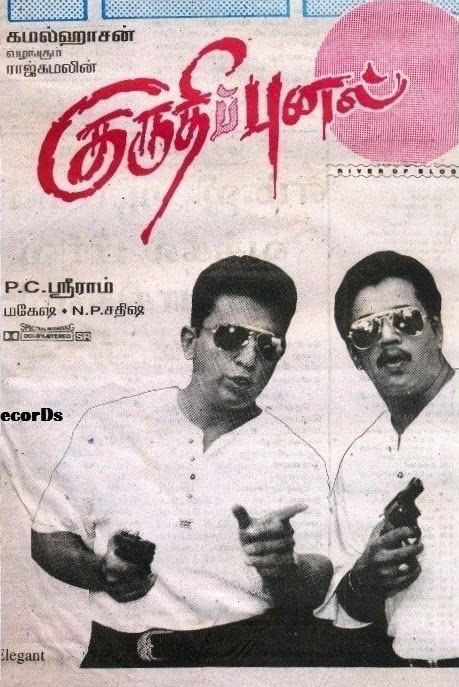 Two honest and bold police officers Adhi Narayanan, (Kamal Hassan) and Abbas (Arjun Sarja) devise a masterful plan to bring a terrorist group in control, and send two secret vigilance officers, named Anand and Shiva on an operation called Operation “Dhanush”. The objective is to infiltrate a terrorist group headed by a man named Badri, and relay information back to Abbas. After a year while relaying information to Abbas, Anand gets caught, but he commits suicide before the terrorists can interrogate him. With information relayed by Anand, Abbas and Adhi know that the terrorists are picking up someone important and going to Trichy. 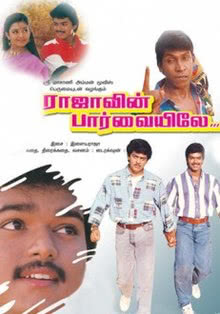 Gowri, daughter of a rich man, loves Raja. But, he keeps avoiding her. He stopped believing in love after his dear friend met with a tragic end due to a failed affair. Will Raja ever change his mind? 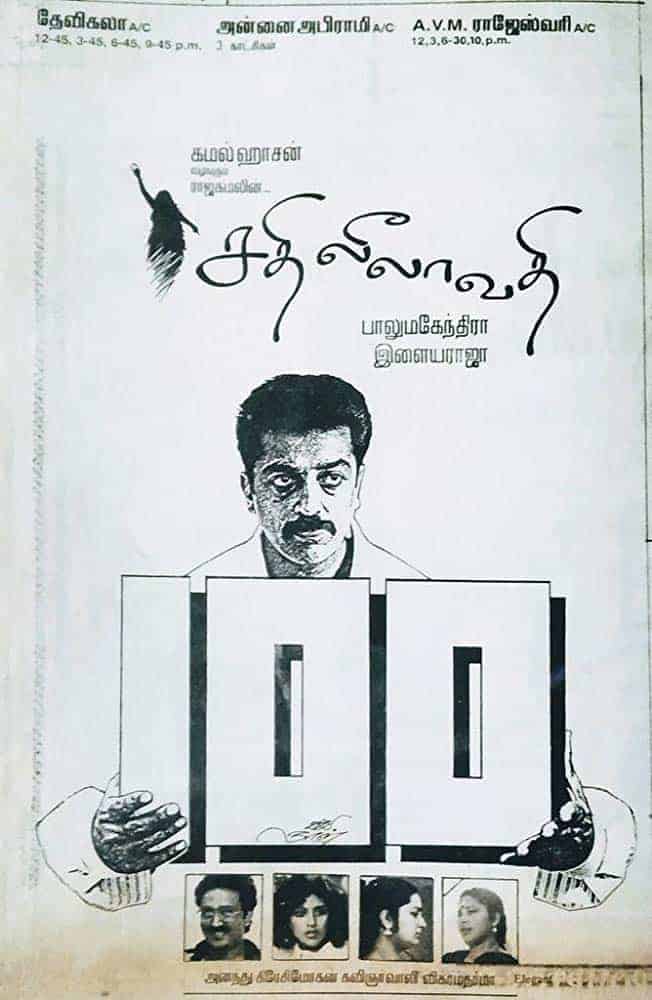 Arun (Ramesh Arvind) is married to Leelavathi (Kalpana) in a forced marriage. He is embarrassed by his wife’s plain looks and her weight. When he meets Priya (Heera Rajagopal) – who works in a building construction company, he hides from her the fact that he is married and has an affair with her.
When he takes Priya with him on a vacation to Bangalore, he bumps into his old friend Dr. Sakthivel Gounder (Kamal Haasan) – an orthopedic surgeon from Coimbatore who is also in Bangalore with his wife Palani (Kovai Sarala) and his son Anand – travelling with him in the same flight and even staying in the same hotel. Sakthivel is called to Arun’s room in the night – as Arun has slipped his disc and the hotel doctor is unavailable – and bumps into Priya, thus finding out about the affair. 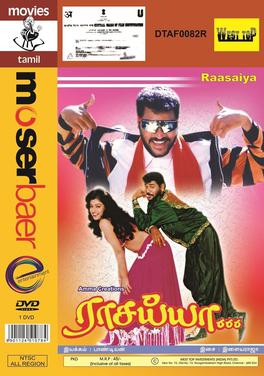 Raasaiyya (Prabhu Deva) lives with his grandfather, Shyamsunder (Vijayakumar), a kind-hearted and honest man in a small town in rural Southern India. Shyamsunder is very easy-going and permits Raasaiyya in indulge in all kinds of precocious activities. When young and beautiful Anita (Roja) comes to stay for a few days with Shyamsunder, both Raasaiyya and she fall in love with each other, and would like to get married. But Raasaiyya is unable to assert himself, and Anita’s marriage is arranged with a U.S. settled groom. Shyamsunder would like to present a decent dowry for Anita, which includes a priceless diamond necklace. Unable to bear his separation from his sweetheart, Raasaiyya decides to tell Shyamsunder about this, but before he could do so, he finds out that his biological mother, Madhavi (Raadhika), is still alive, but will not have anything to do with him. Watch what happens when Raasaiyya finally meets her and finds out the secret why she abandoned him in his childhood. 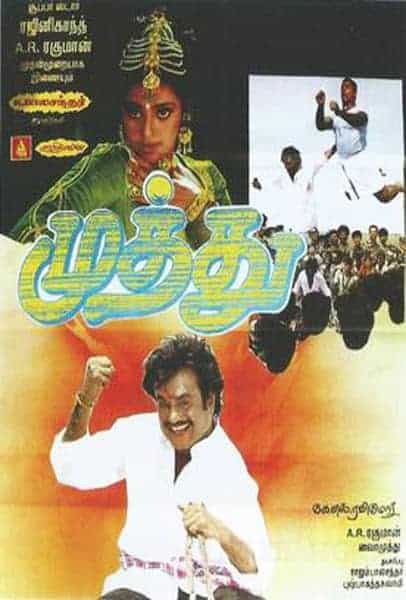 The movie is about a loyal servant, Muthu (Rajni), working for Zamindar Malayasimman (Sarath Babu) and the cunning plans by the uncle of Malasimman to capture the whole wealth which uncovers some mystery about Muthu. 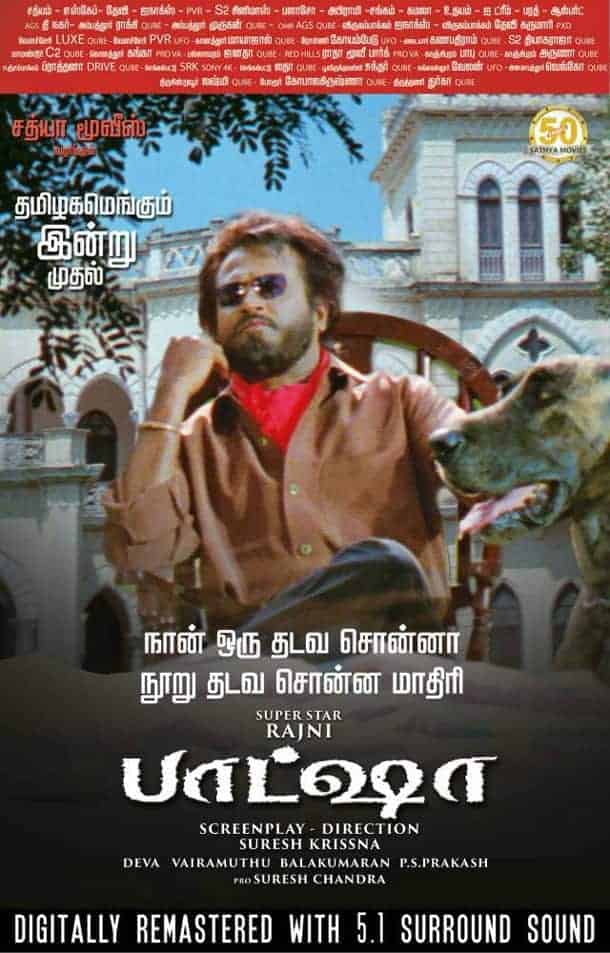 Auto-rickshaw driver Manickam (Rajnikant) is a do-gooder who avoids violence at all costs. Manickam romances rich kid Nagma, whose father is a criminal, and knows a dirty secret about his would-be son-in-law. Manickam’s brother, a righteous police officer gets into trouble with the local goons, triggering a set of events that revive Manickam’s old self. 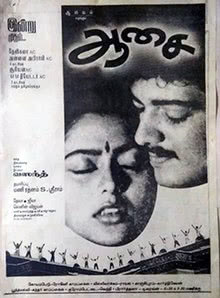 Saraswathi “Yamuna” (Suvalakshmi), one of two daughters of an Orthodox father (Poornam Vishwanathan), comes to Madras for finishing her studies. Major Madhavan (Prakash Raj) is the husband of Yamuna’s elder sister Ganga (Rohini), who infatuates about Yamuna after seeing a photo in a letter sent by her. Meanwhile, Yamuna meets Jeevanantham (Ajith Kumar) in a bus, who gives his ticket to her as she had not taken her own. Later one day, Jeeva decides to express his love to Yamuna by writing “1 4 3” (the number of letters in “I love you”) in a letter and giving it to her, but he witnesses a group beating a boy who did the same thing, so he crumples the letter, and it is found by Yamuna, who realizes his love. One day when they were walking together, Jeeva tries to remove the dirt from Yamuna’s eyes, and he kisses her. Yamuna is angry with him. Jeeva senses it and gets wet in the rain and gets a cold. Hearing this, Yamuna meets him. Jeeva expresses that she is the only medicine to him, and he needs her. Yamuna promises she will marry him. On Yamuna’s birthday, Jeeva jumps into her house and presents her a puppy. One day, fearing that Yamuna’s father might not marry him to Yamuna, he decides to marry her in a register office, but Yamuna refuses and Jeeva leaves.