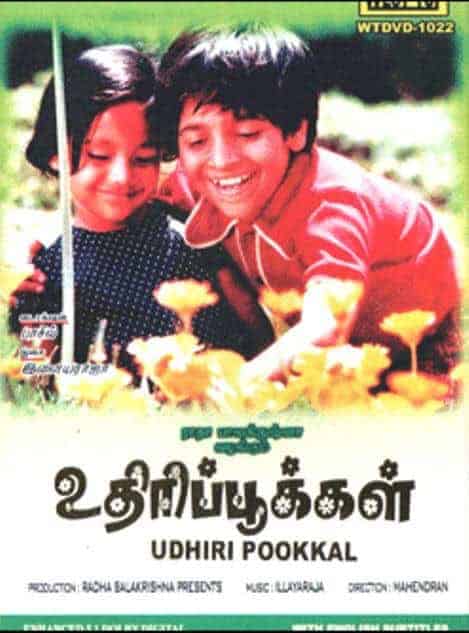 Sundaravadivelu (Vijayan) is a wealthy school manager and a landlord who is a hedonist and a sadist. He finds pleasure in torturing people emotionally including his own family members. He also siphons the school’s money for his own needs. His wife Lakshmi (Ashwini) is a goodhearted homely wife, and he has two children. 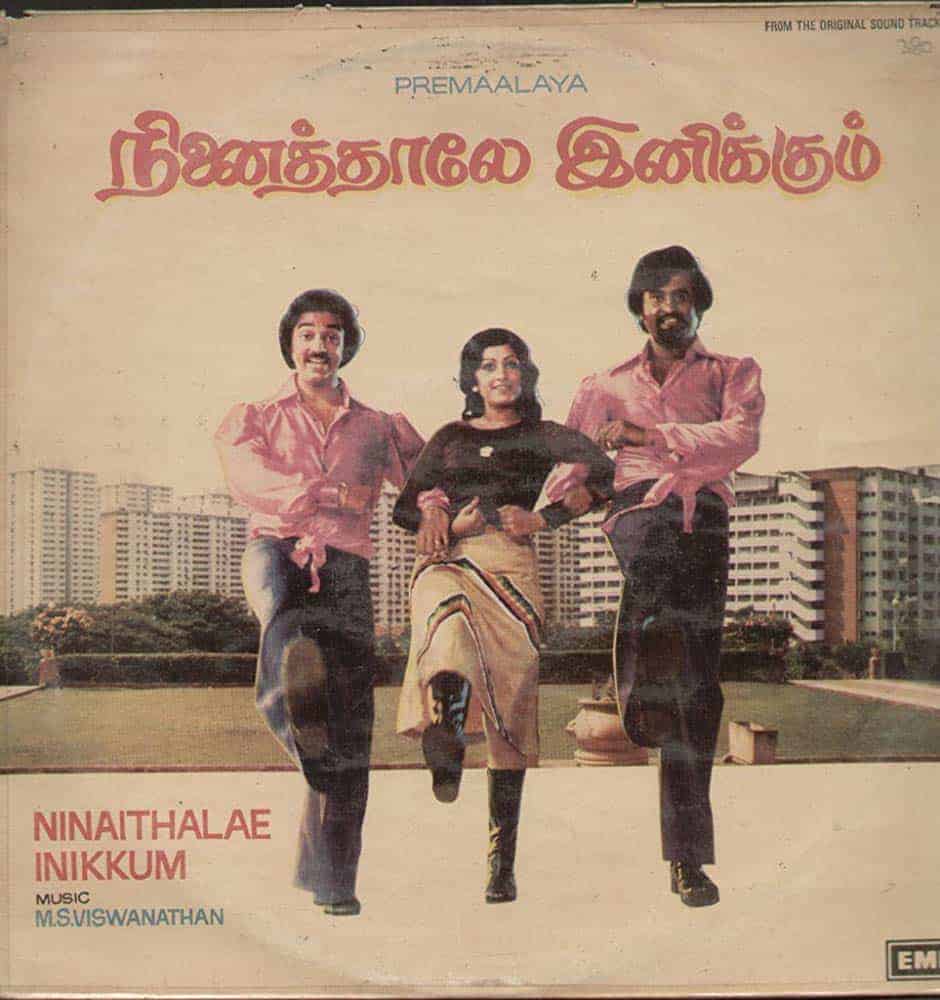 The film follows lead actor Kamal Hassan who plays a singer and his band on a tour to Singapore. Over there Kamal meets his love interest (played by Jayaprada). Kamal immediately is attracted and begin to spend more time with her. He also notices that something peculiar and fishy surrounds her life. Meanwhile, Rajnikanth receives a tape containing a love message for him from one of his fans who doesn’t reveal her identity. Rajnikanth is in search for her and eventually locate her only to find that she is mentally unstable and often sends these type of messages to famous celebrity. Kamal on the other hand learns that Jayaprada suffers from cancer and is counting her days. Jayaprada profess to Kamal that she wants to perform on stage with his troop in her final days. The film ends on a tragic note with Jayaprada demise. 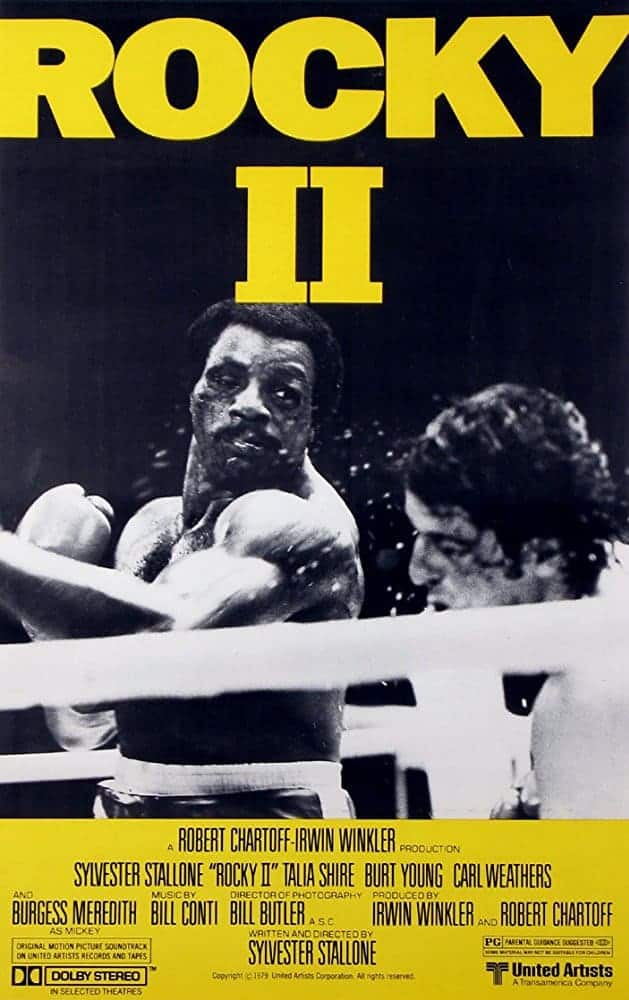 Rocky struggles in family life after his bout with Apollo Creed, while the embarrassed champ insistently goads him to accept a challenge for a rematch. 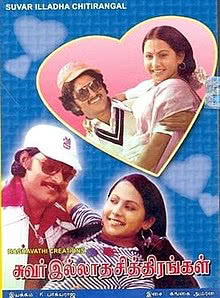 Saroja is born in a very poor family and is raised by her mother. However, in order to raise her children, Saroja’s mother resorts to prostitution. 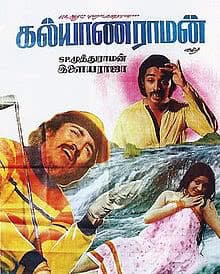 Chinnadurai (Major Sundararajan) owns a huge estate that grows and processes tobacco and tea leaves. Due to advancing age, he is concerned about leaving control to his son, Kalyana (Kamal Hassan) and the cunning deceit of his manager, Ramiah (Thengai Srinivasan). Kalyana is immature and naive, and easily manipulated by the cook, Samipillai (V.K. Ramaswamy). He is also deeply in love with Shenbagam (Sridevi). Ramiah, Samipillai, Perumal (Senthamarai)(Shenbagam’s father), and Ligappa (a hired thug) plot to murder Chinnadurai and swindle the property from Kalyana. Ligappa mortally wounds Chinnadurai, and on his death bed he confesses to his son that he was born a twin, abandoned his first wife Rajulakshmi (Puspalatha)and his brother Raman (Kamal Hassan). After his father’s death, he conveys this information to the cook, who tells him he will go to Madras and bring his relatives home. Instead, Samipillai goes to a side show, and hires a married couple Rangamani (Manorama) and Kittu, to pretend to be the lost mother and son. One day the entire gang is in a room, laughing at how they had duped Kalyana and will steal everything. He overhears, and runs to tell the police. They chase after him and throw him off a cliff, observed by Shenbagam, who goes mad. Kalyana’s ghost travels to Madras and confides everything to his brother, Raman. He wants his brother to go home, exact revenge, and take care of Shenbagam….. 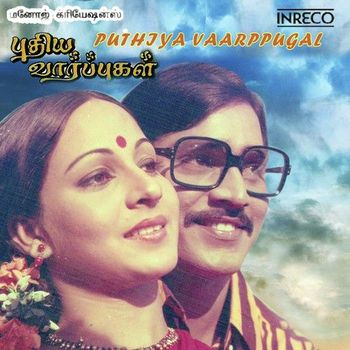 Shanmugakani (K. Bhagyaraj) arrives in the village of Thaayamangalam as the new school teacher and soon falls in love with a local damsel Jothi (Rati Agnihotri). The village head called as “Periyavar” (played by G.Srinivasan) is a lecherous and sinister man who has a lustful eye on Jothi. Amavasai (Goundamani) is Periyavar’s stooge who also has a long-standing desire to marry Jothi. Periyavar frames Shanmugakani for the rape and murder of a woman social activist and gets him evicted from the village and gets Jothi married by deceit to Amavasai. He asks Amavasai and Jothi to stay with him in order to satiate his lust with Jothi. What happens afterwards forms the rest of the story. 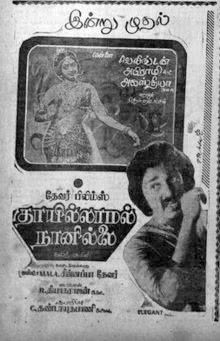 When the wealthy Pushpa meets the actor Raja, they immediately fall in love and decide to marry. However, when Pushpa’s father discovers that Raja’s mother is a maid-servant, he demands that Raja break all ties with his mother, or he will refuse to accept their marriage. 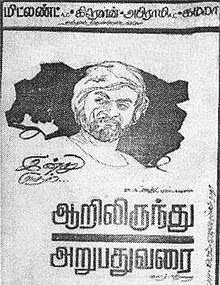 Santhanam gives the best education to his siblings and takes care of all their basic needs. However, when they become financially stable they ill-treat and ignore him until he becomes a famous writer.