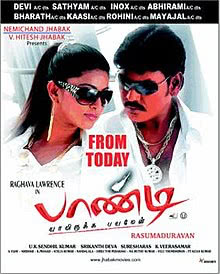 Pandi (Raghava Lawrence) does menial jobs in Dubai and saves every penny he earns and sends it to his family in Usilampatti. A flashback reveals that he was a carefree youth, who is often chided by his father Sundarapandi (Nasser). His elder brother Rajapandi (Sriman) is the blue-eyed boy of his father. However Pandi’s mother Sivagami (Saranya Ponvannan) showers all her love and affection on him. His mother has a dream of building her own house in her land. Rajapandi says Pandi to go to a marriage ceremony, while on the train he met Bhuvana (Sneha), a cop’s daughter in the other village and after a sequence of events romance blossoms between them. one afternoon Bhuvana gives all the money she has on her person to Pandi and convinces him to take her out to lunch at a restaurant. After eating his lunch, he went outside to wash his hands and saw his sister and her boyfriend having a conversation. He chases the motorbike on Auto leaving Bhuvana stuck with the bill and no money, having given it all to Pandi. When Pandi eventually catches up with the boyfriend, the boyfriend tells him that they are seriously in love, and he’s going to be coming over to their place with his parents to ask for her hand in marriage. Everything was going well until a couple days later Sundarapandi want the money to buy the jewelry. Pandi’s family receives a shock as Pandi Mother can’t find the money they have saved up to pay for the wedding. Since Pandi is already a known trouble maker and has been to jail already, the father blames him and kicks him out of the house. This happens in front of Bhuvana, who has come to see where he has been the last few days and why he ran away at the restaurant. This incident with his father accusing him of taking the money has convinced her that he took her money the other day and ran and also just using her. In the end, it turns out, his elder brother Rajapandi has run away from the house with his lover and with the money.
A dejected father is consoled by Pandi, who borrows money from a private money-lender and completes the wedding. Meanwhile, Pandi tries to make amends with Bhuvana, but she won’t hear any of it. Pandi’s father, seeing the argument, went over and told Bhuvana the truth and how he misjudged his son and it wasn’t him that took the money. The following day, Pandi’s father went to Bhuvan’s house to ask her father to fix a marriage between Pandi and Bhuvana. Bhuvana’s father upon hearing this is furious. He is the local police inspector and knows all about Pandi’s past. He refuses to marry his daughter to a criminal. Bhuvana’s father arrange a marriage for her, but she went to Sundarapandi to say she will die before merry another person than Pandi. Pandi snatched Bhuvana from her house and take her to her father police station and ask her father to approve. Bhuvana father gets angry and says she is not his daughter anymore and he will think his daughter eloped and lost. Pandi merry Bhuvana and as police protection Bhuvana father watch her getting married.
Determined to pay back the loan and help his family overcome their financial constraint, Pandi decides to go abroad and work as conservancy staff. He manages to stabilize his family with his earnings. However, on his return, he is shocked to find his mother dead. Coming to know that it was no natural death, he decides to avenge the killers. He find that Sunderapandi colleague hire a killer to kill him and his mother died. He beats him up and when Pandi take aknife to kiil him, he gets 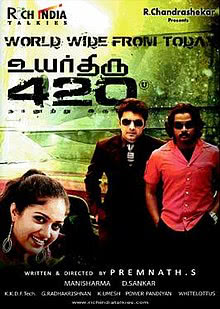 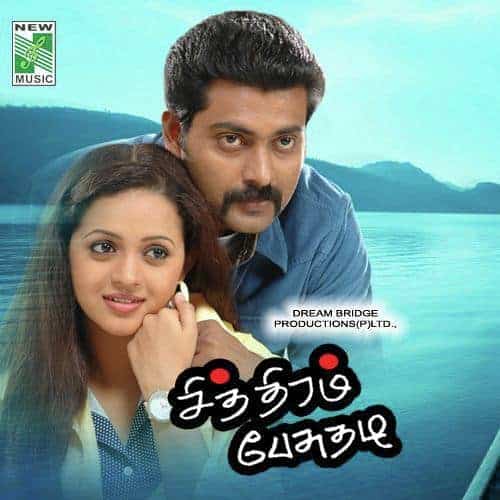 Thiru, a local gangster, falls in love with Charu, an NGO worker, and decides to marry her. He changes his profession and starts a new life, but the police arrest him for his earlier crimes. 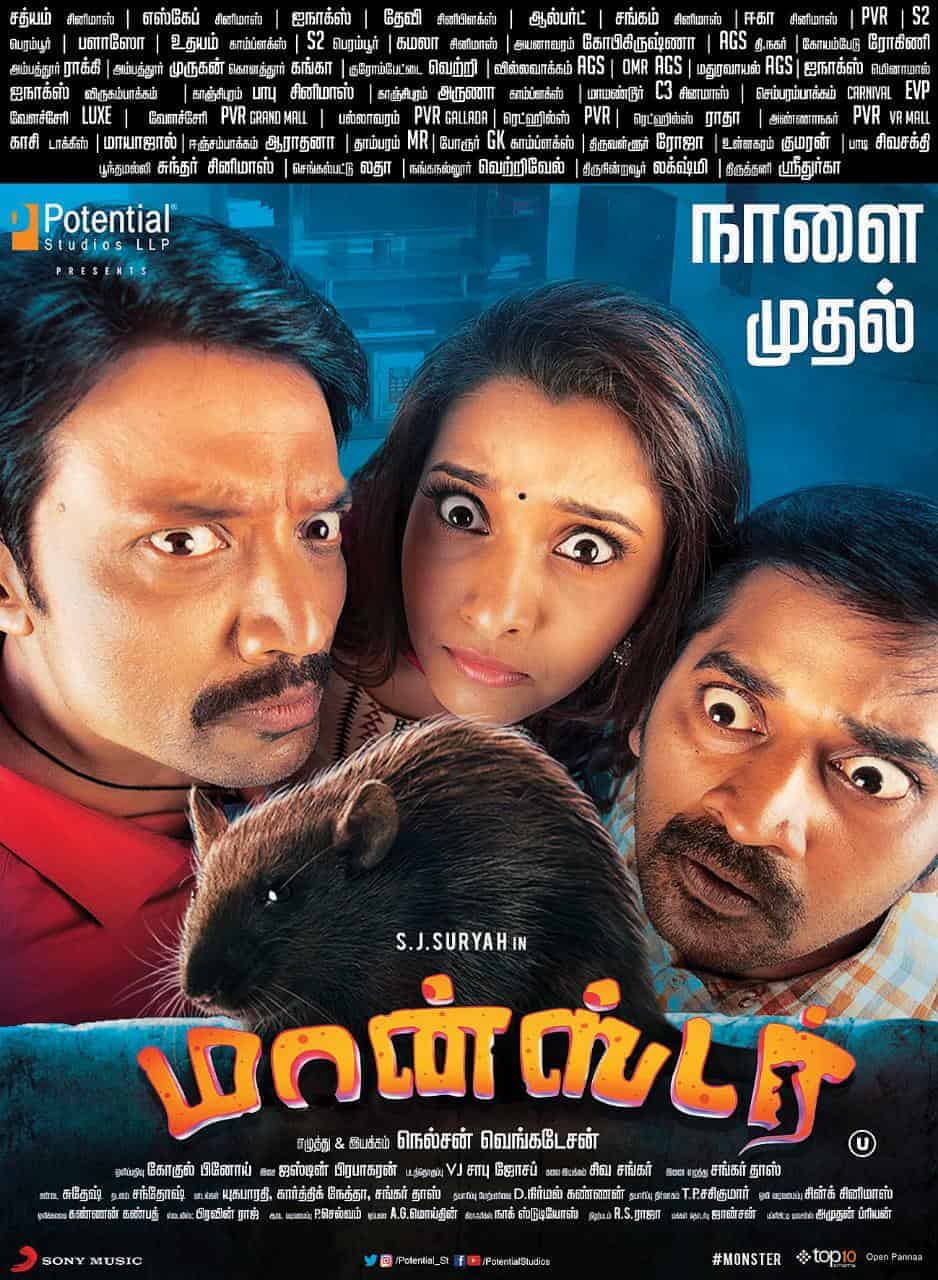 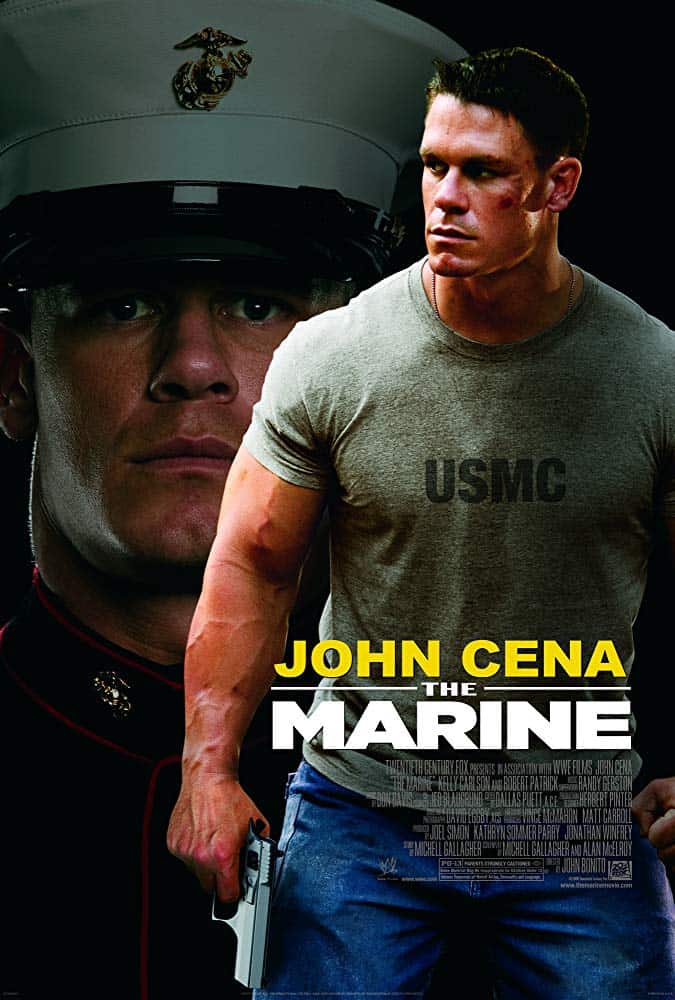 Now retired, Triton finds it hard to settle back into normal life. He is fired from his job as a security guard for using excessive force on an employee’s ex-boyfriend and his bodyguards. Triton’s wife Kate (Kelly Carlson) decides the two need a vacation to help Triton adjust to his new life. Meanwhile, criminal Rome (Robert Patrick) robs a jewelry store with his gang: girlfriend Angela (Abigail Bianca), Morgan (Anthony Ray Parker), Vescera (Damon Gibson), and Bennett (Manu Bennett). Rome is in collusion with an anonymous partner, with whom he is planning on sharing the profits from the diamonds. On the run, the gang stops at a gas station where Triton and Kate have stopped. When two policemen arrive to buy gas, Morgan shoots and kills one of the officers, causing Rome to shoot the other officer while Angela kills the gas station attendant. When Triton reacts to Kate being kidnapped, Bennett knocks him out. Triton regains consciousness and gives chase in the policemen’s car. The chase leads to a lake, where Triton falls out of the patrol car and into the lake, seemingly to his death. 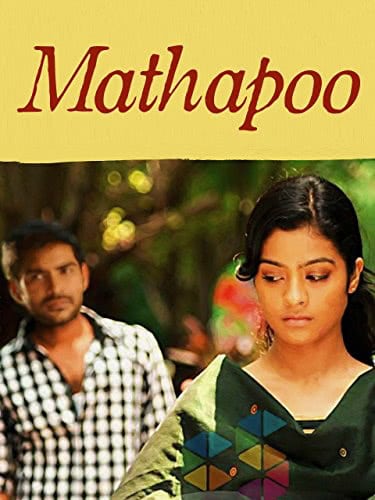 Karthick falls in love with Pooja, who always remains aloof and turns down his proposal. Karthick sets out to discover the reason behind her sadness and subsequently win her heart. 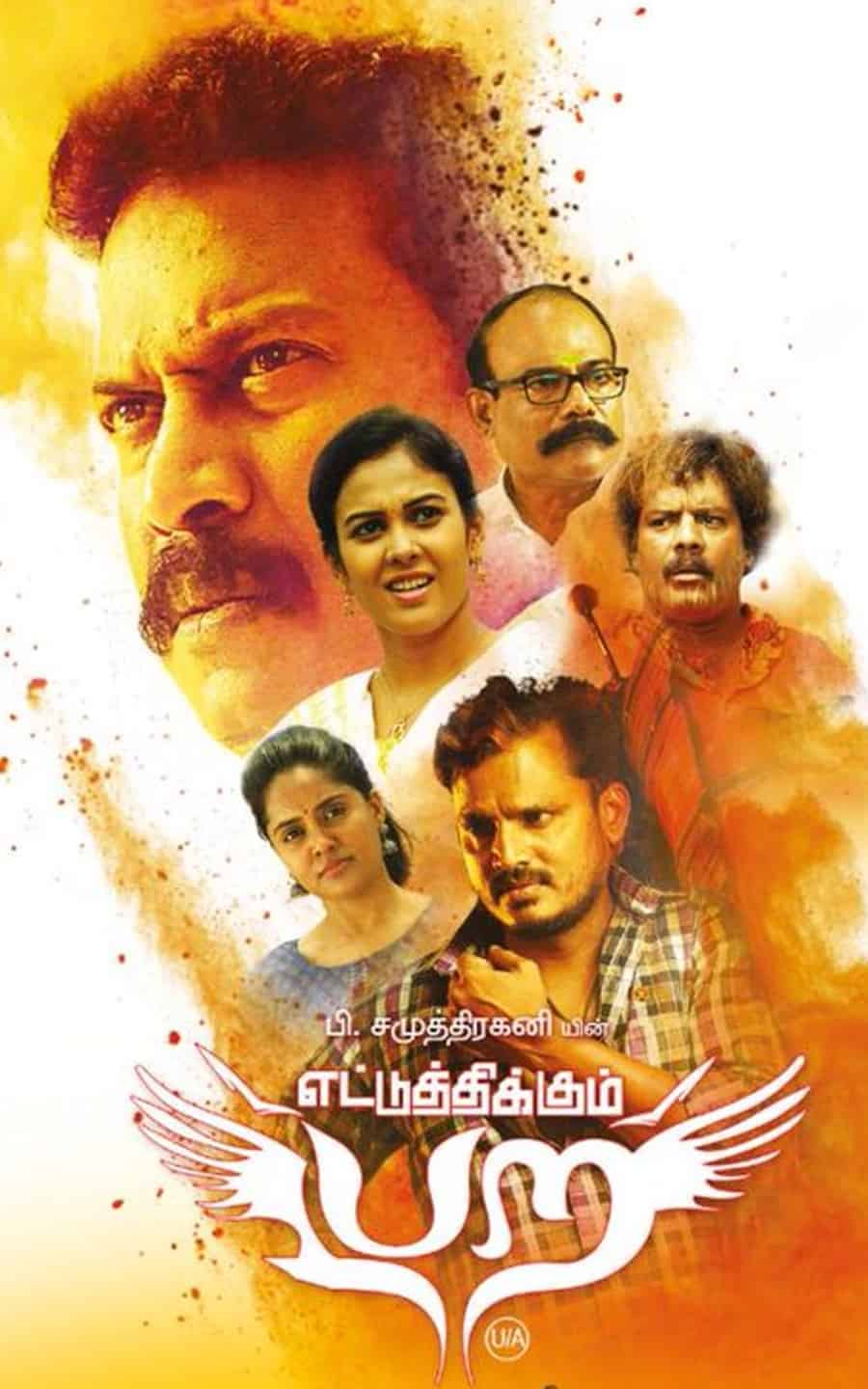 Ambedh is a high court lawyer and social activist who gets on the wrong side of the government, prompting them to get his son and friends killed. Meanwhile, a young boy from a Dalit community wants to marry a girl from an upper caste. How the two stories interact forms the crux of the movie. 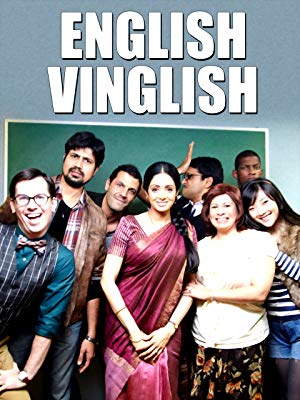 Shashi Godbole is a homemaker who makes and sells laddoos as a home-run business. Her husband Satish and daughter Sapna take her for granted, mock her poor English skills, and generally treat her with disrespect, making Shashi feel negative and insecure. However, her young son, Sagar loves her as she is, and her mother-in-law offers her words of sympathy.
Shashi’s older sister Manu, who lives in New York, invites Shashi’s family to her daughter Meera’s wedding to Kevin. It is decided that Shashi will go to New York alone five weeks before the wedding to help Manu organize. Her husband and children will join her as the wedding approaches. During her flight to New York, Shashi is given inspirational advice by a fellow passenger (Amitabh Bachchan in Hindi/Ajith Kumar in Tamil). While Shashi is in New York, she has a traumatic experience at a cafe due to her inability to communicate in English. She is comforted by a French chef Laurent who happened to be queuing up behind her at the cafe.
Using the money she made from selling laddoos, Shashi secretly enrolls in a conversational English class that offers to teach the language in four weeks, showing her resourcefulness at navigating an unfamiliar city alone. The class comprises David Fischer, the instructor; Eva, a Mexican nanny; Salman Khan, a Pakistani cab driver; Yu Son, a Chinese hairstylist; Ramamurthy, a Tamil software engineer; Udumbke, a closeted African-Caribbean man; and Laurent. Shashi quickly becomes a promising and committed student, earns everyone’s respect with her charming behavior and her cuisine, and gains self-confidence. Laurent becomes attracted to Shashi. When he tries to kiss her at the rooftop of a building, Shashi rejects him and runs off, but fails to explain that she is married. 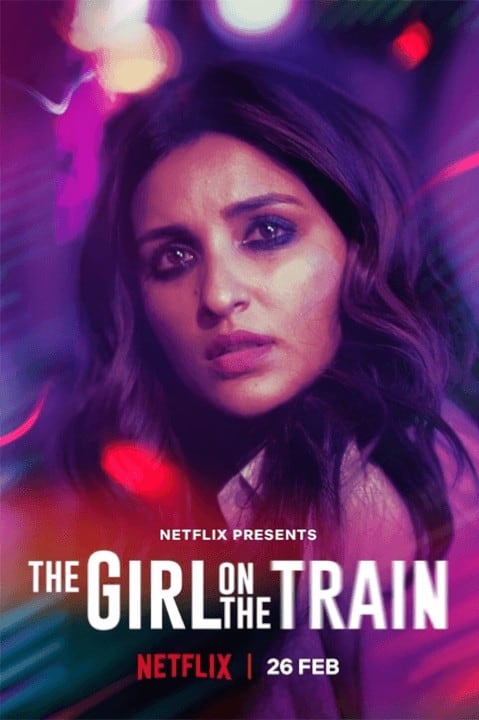 The Girl on the Train

The story follows a recent divorcee who spends her daily commute fantasizing about a seemingly perfect couple who live in a house that her train passes daily, but something shocking happens there one day. 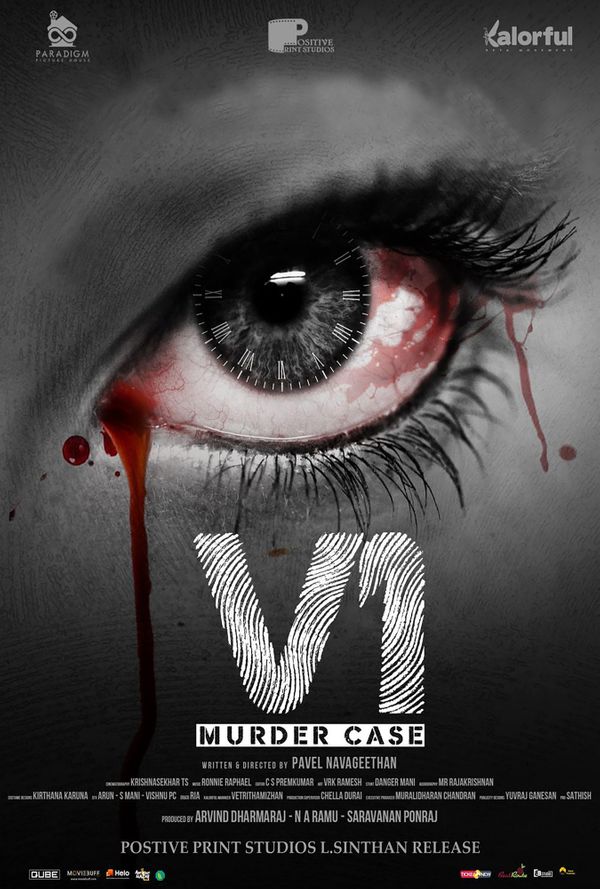 An intelligent forensic officer starts investigating a murder, but he faces a slew of challenges as he suffers from nyctophobia. Will he be able to solve the case? 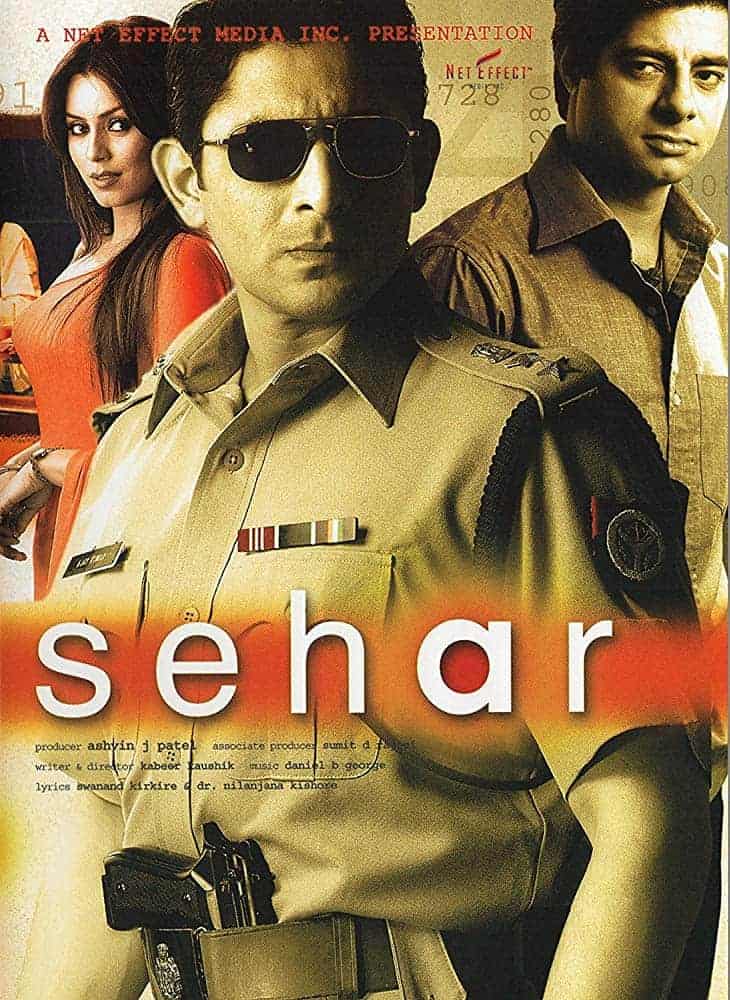 The film begins with Professor Tiwari (Pankaj Kapur) being interviewed about police encounters and bids to eradicate organised crime from Lucknow and its surrounding areas. It then showcases Ajay Kumar (Arshad Warsi). Since he was young, Ajay has been traumatised by the death of his army officer father, who killed himself when accused of being a deserter, leaving his widow Prabha (Suhasini Mulay) to bring up Ajay on her own. Ajay studies hard and successfully becomes an Indian Police Service officer with the title of Senior Superintendent of Police of Lucknow. Due to his honesty, he gets transferred to various states in India, around 14 times in eight years. At his new posting in Uttar Pradesh, he comes to terms with a new criminal boss and ruthless killer, Gajraj Singh (Sushant Singh). Ajay engineers the setting up of a Special Task Force to deal with Gajraj. However, he also runs into problems as Gajraj is politically well-connected. Gajraj continues to elude the Task Force, using more modern technology such as the use of cell phones. But the Task Force recovers and is able to monitor Gajraj’s cell phones with the help of Prof. Tiwari. They find out that Gajraj is planning to contest the elections and if he wins, no police officer of any rank, even the Task Force, would then dare to arrest him or even consider him a suspect, which may well result in the Task Force being mere paper tigers. They have a final confrontation inside a train which leaves from Hazrat Nizamuddin railway station. All the officers in the Task Force as well as members of Gajraj’s gang kill each other in the fight, leaving Prof. Tiwari as the only witness. 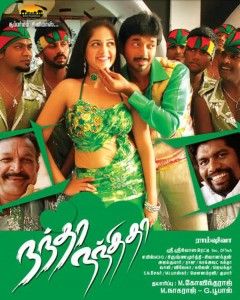 Nanda, after suffering at the hands of his family, grows up to become a hitman. Things take a turn when the woman he loves sees him commit a crime and is scarred for life. 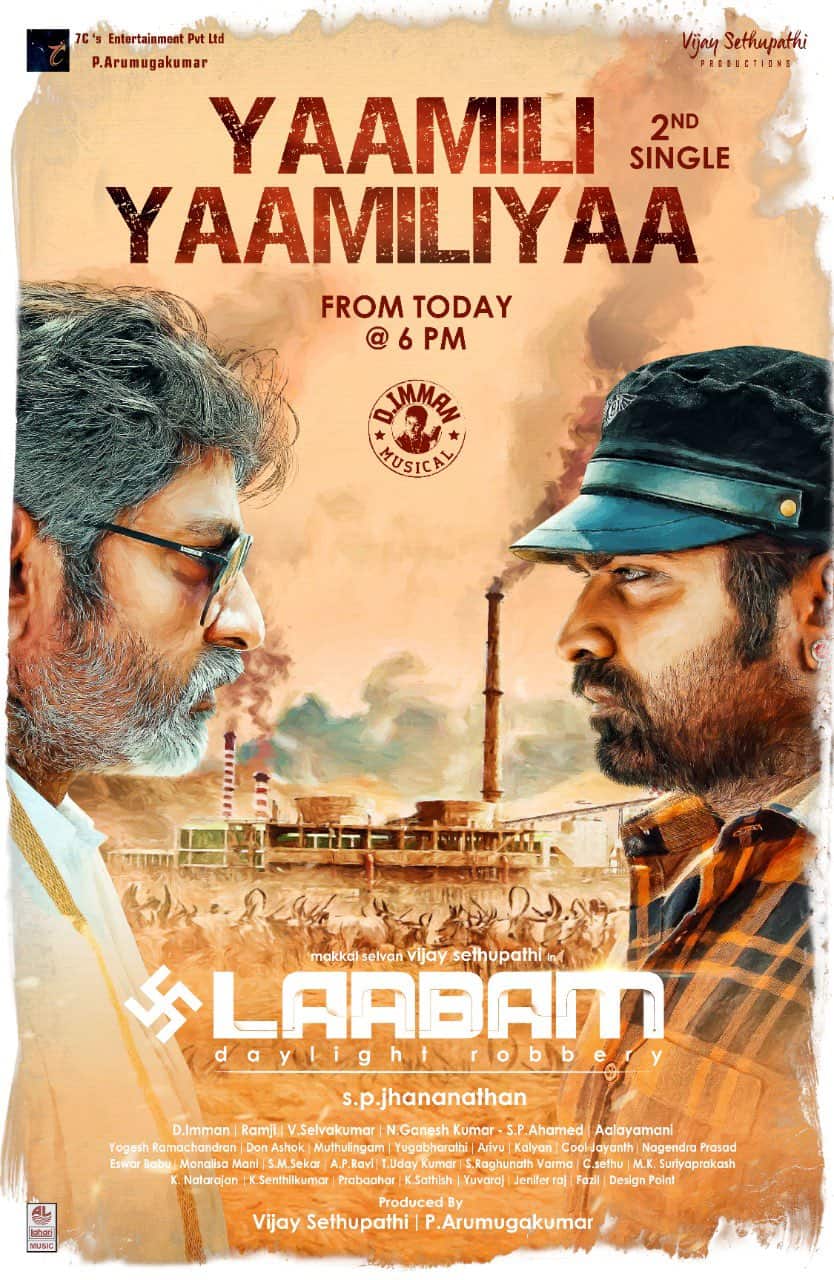 A farmer hell bent on a revolution locks horns with a powerful and greedy industrialist, who is responsible for the plight of farmers. Will he be able to grant his people the life they deserve?