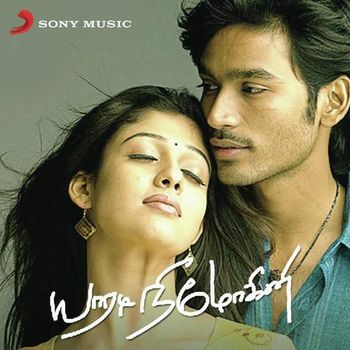 He makes several bids to obtain employment but all goes in vain due to his poor language skills and inadequate educational qualifications. All his friends settle in life, but he continues to struggle in finding employment. Vasu has two faithful friends in Cheenu (Karthik Kumar), and Ganesh (Karunaas). His father (Raghuvaran), who is a teacher, is always critical of him for being an irresponsible person. This just added to his list of woes. At this juncture, Vasu catches a glimpse of a woman named Keerthi (Nayanthara), and immediately falls in love with her. He learns that she works for a software solutions firm. Luckily for him, Vasu finally secures employment in the same firm. Keerthi eventually turns out to be a short-tempered young woman. On a business trip, Vasu accompanies her along with two other colleagues (Jeeva and Manobala), to Australia. Here he reveals his feelings of love to her. She immediately turns him down, saying that she comes from an orthodox family, and her marriage has already been arranged with her uncle’s son. A depressed Vasu returns to India thereafter. Unable to see his son in depression, his father decides to meet Keerti. She abuses him for recommending his son’s love, and accidentally slaps both Vasu and his father. Later that night, Vasu’s father dies of a heart attack. In order to help change Vasu’s mood, Cheenu manages to persuade him to come along to his family house in the country. Coincidentally, on the train journey, Keerthi is revealed to be the fiancee of Cheenu. However, their grandfather’s (K. Viswanath) thoughts of getting them married earlier are put aside because Cheenu and Keerthi leave the house to have their own identity. This causes heartburn to their grandfather. With the passing of a few days, the parents of Keerthi and Cheenu decide to get them married to appease their grandfather. After several turns of events, Keerthi realizes that she is in love with Vasu instead. When Vasu asks her to forget him, during a midnight meeting, because he believes that it would create problems in their happy family, Cheenu himself overhears their conversation. During the wedding, Cheenu tries to force Vasu and Keerthi to confess their relationship to everyone who is present. But when they hesitate to do so, Cheenu stops the marriage himself, by lying to his elders that he has a secret wife in Chennai. When Cheenu comes under fire from his relatives, Vasu tells them the truth, and is driven out of the house. He is joined only by the grandma of the house, who agrees to accompany him as she reminds Vasu of his late father. In time, the rest of Cheenu and Keerthi’s family comes to stay with Vasu for a few days. But Cheenu’s grandfather refuses to enter the house, telling Vasu he is still angry with him, and needs time to change himself somehow. The movie ends when Vasu and Keerthi became a happy couple and live together happily. 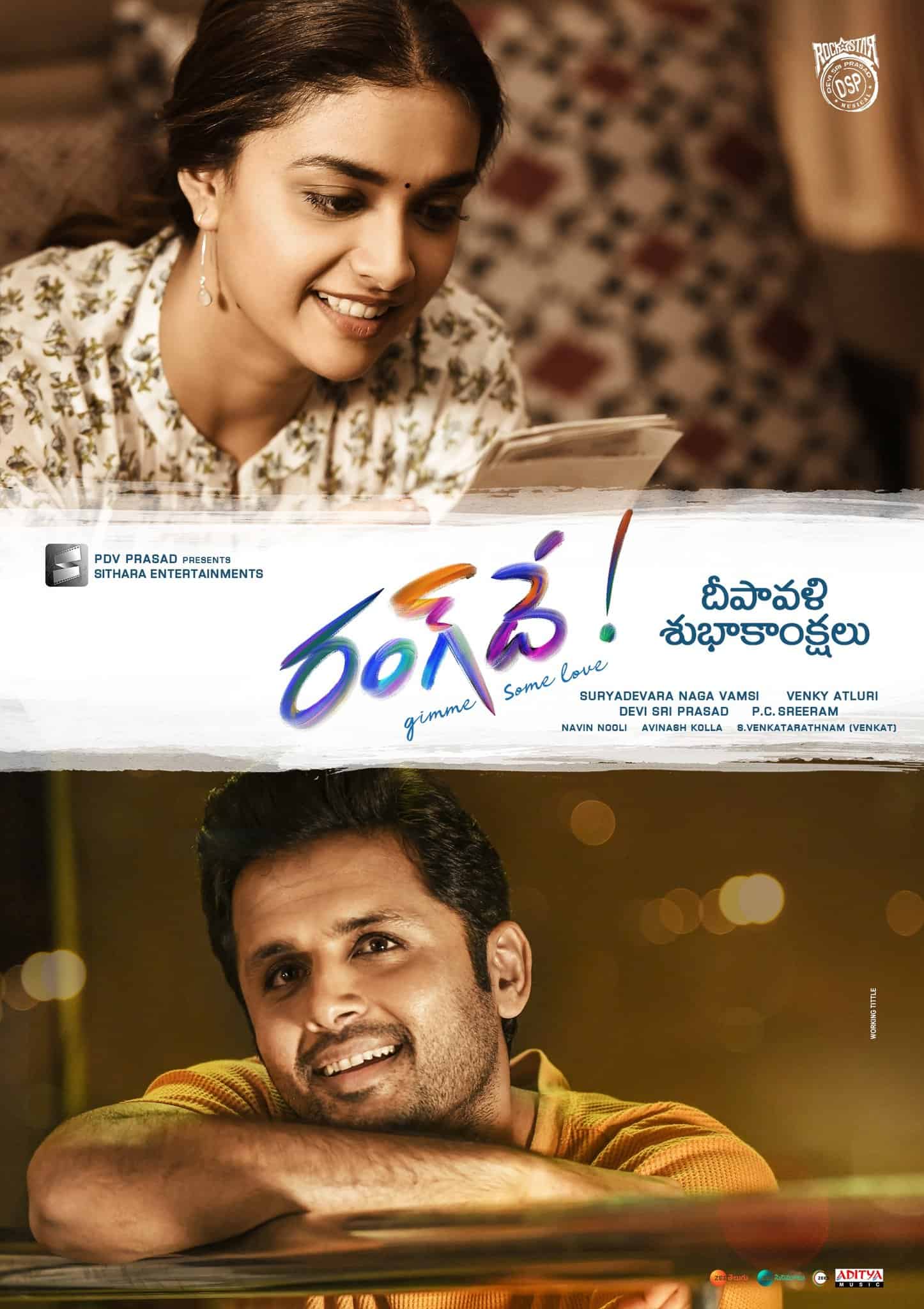 A man and woman have been neighbors since they were children, but they have different perspectives on their relationship. 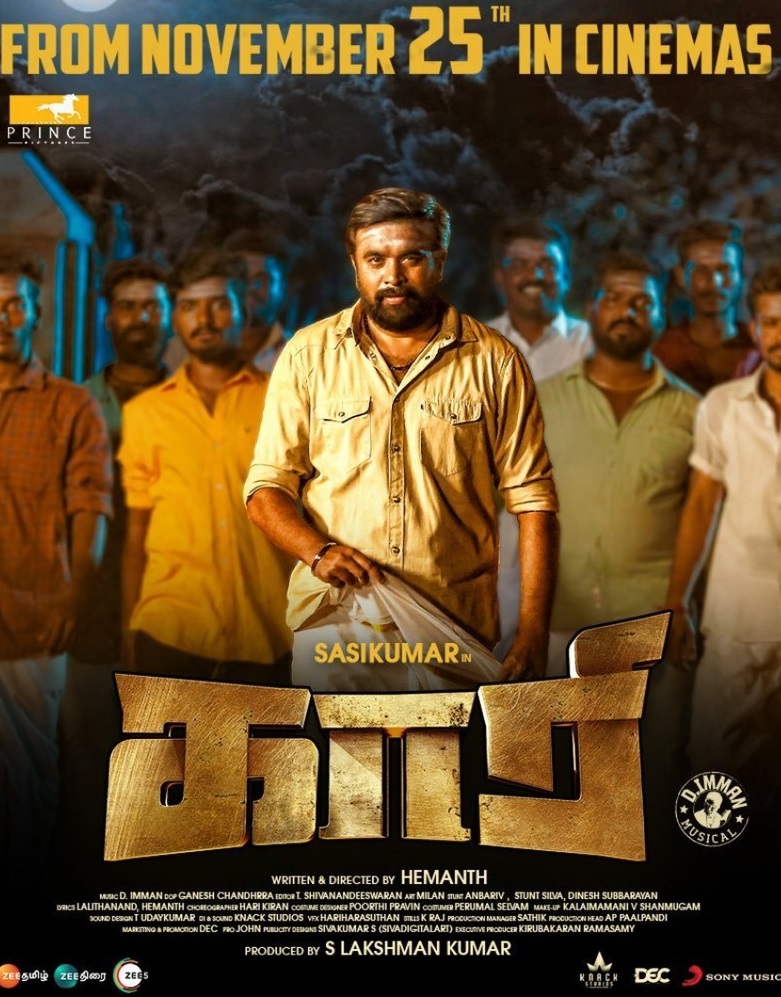 Kaari is a Tamil drama movie, directed by Hemanth. The cast of Kaari includes Sasikumar,Ammu Abhirami. 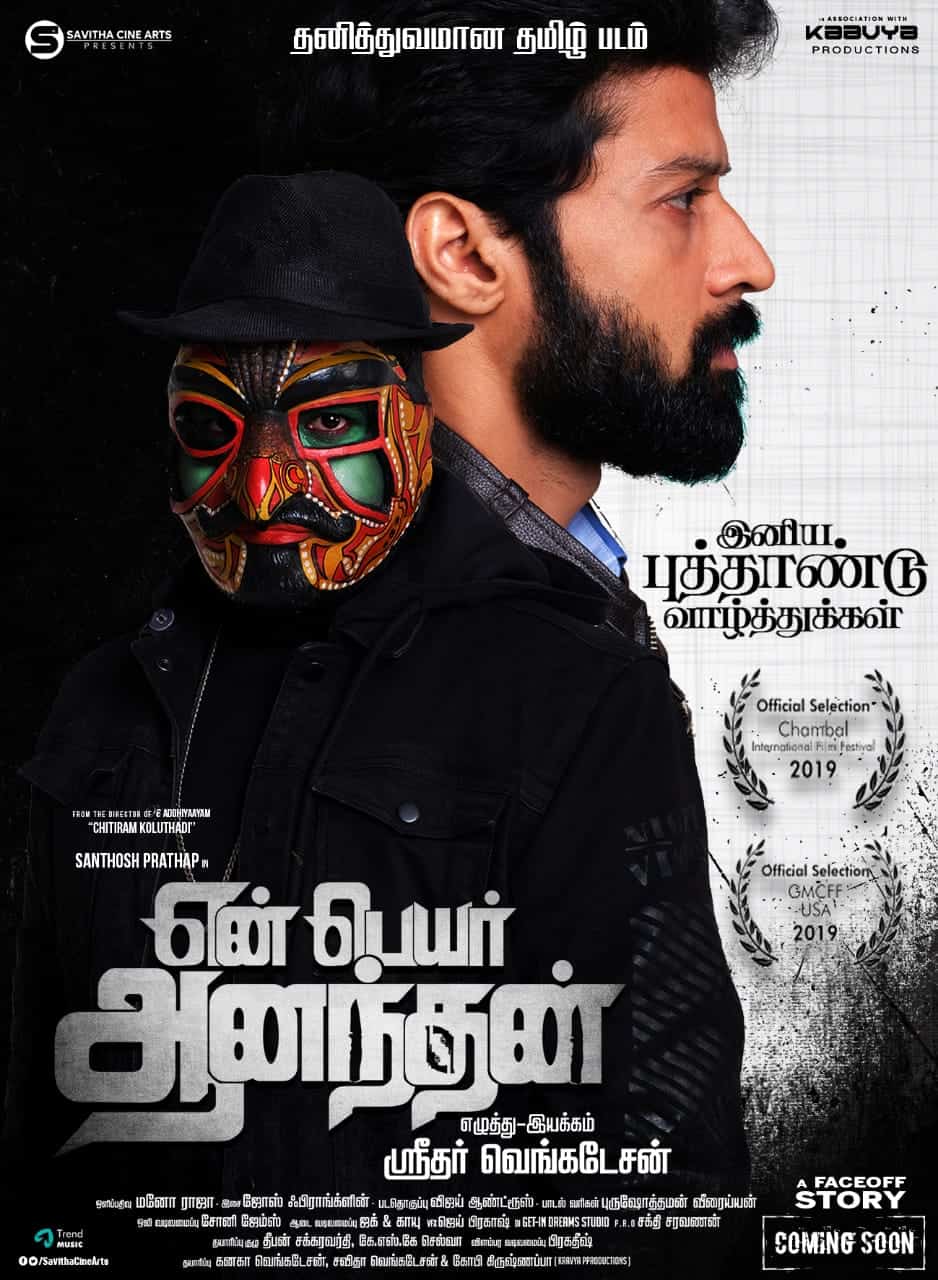 A short-filmmaker who is about to begin the shoot of his debut feature film gets kidnapped. What do the kidnappers want? 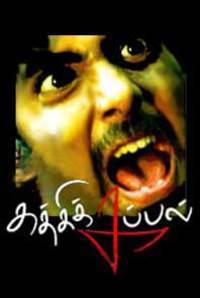 A young man named Joshua enters a village and claims to be the reincarnation of a doctor who was murdered by five rogue policemen 20 years ago. However, the same policemen try to kill him too. 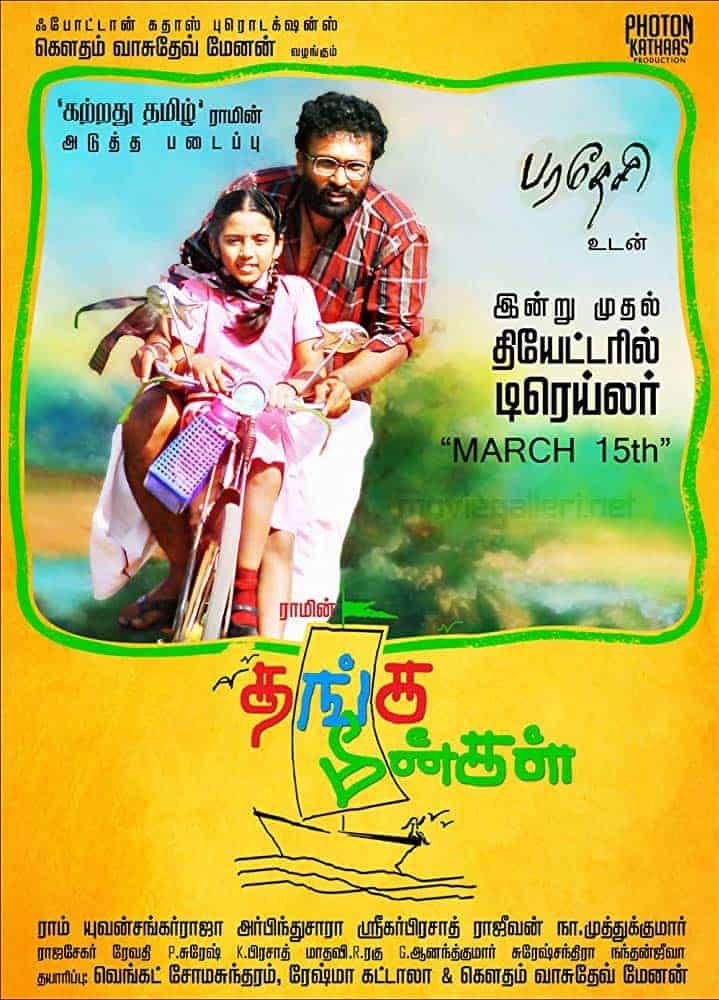 A poor laborer Kalyani (Ram) is devoted to his young daughter Chellamma (Baby Sadhana), but the child has problems at school with her studies, classmates, and teachers. Kalyani wants Chellamma to be happy, no matter what. Kalyani is a man who toils pretty hard to meet both ends, thereby trying not to live in his father’s (Poo Ramu) shade, but is forced to. Chellama is a sweet, angelic girl who fares below average in the class but is all chirpy and gleeful when she is with her father. Without a proper job and an income the tension that prevails in the house forces Kalyani to take up a job far away from the reach of Chellamma. ‘Thanga Meengal’ is a coming-of-age story of an unfit father struggling to make ends meet, told through the eyes of his eight-year-old daughter.[9] The film offers a critique of primary education in Tamil Nadu and makes poignant observations through social commentary. 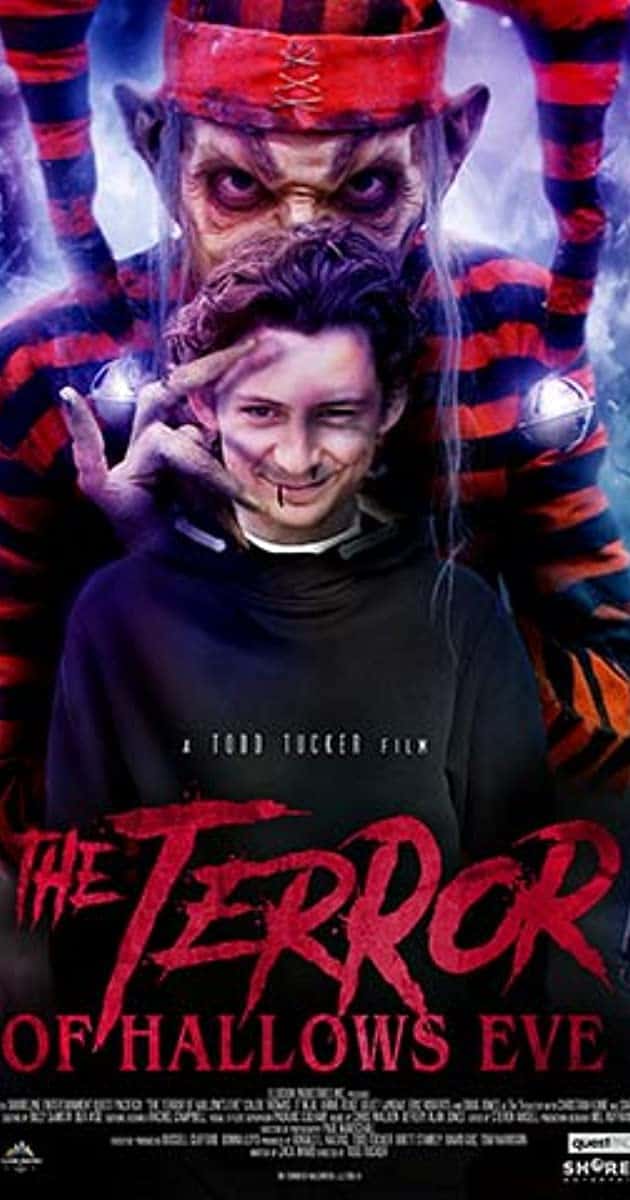 The Terror of Hallow’s Eve

After a fifteen-year-old is brutally beaten up by High School bullies, his wish for revenge unknowingly unleashes the Terror of Halloween. 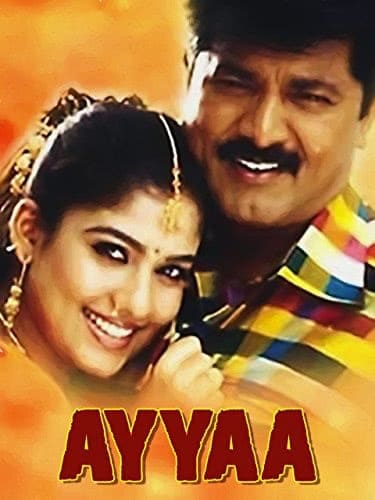 The movie starts in 1970s, where there is heavy drought in southern districts of Tamil Nadu. Ayyadurai (Sarath Kumar) and Maadasaamy (Napoleon) are close friends and landlords of different castes in Tenkasi town in Tirunelveli district, and they try hard to help people and save them from dying during the drought. Local MLA (OAK Sundar), also a relative of Madasami, smuggles rice given by the government and people protest, knowing about this. The MLA denies knowing anything about the sanctioned rice. That night, he starts to smuggle the rice, but the lorries are waylaid and ransacked by the people led by Madasamy. The MLA comes there and starts shooting towards people’s legs. Ayyadurai sees the MLA aiming for Madasamy’s head and pushes him. Then Ayyadurai beats the MLA using hilt of the gun, following which he dies. But the local people support Ayyadurai and save him from police and also urge him to contest in the assembly by-elections. 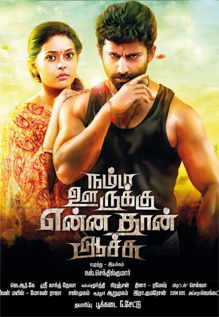 Hell breaks loose for the families of a village where mysterious incidents take place after an unfortunate death on a very auspicious day. Later, a determined villager decides to uncover the truth. 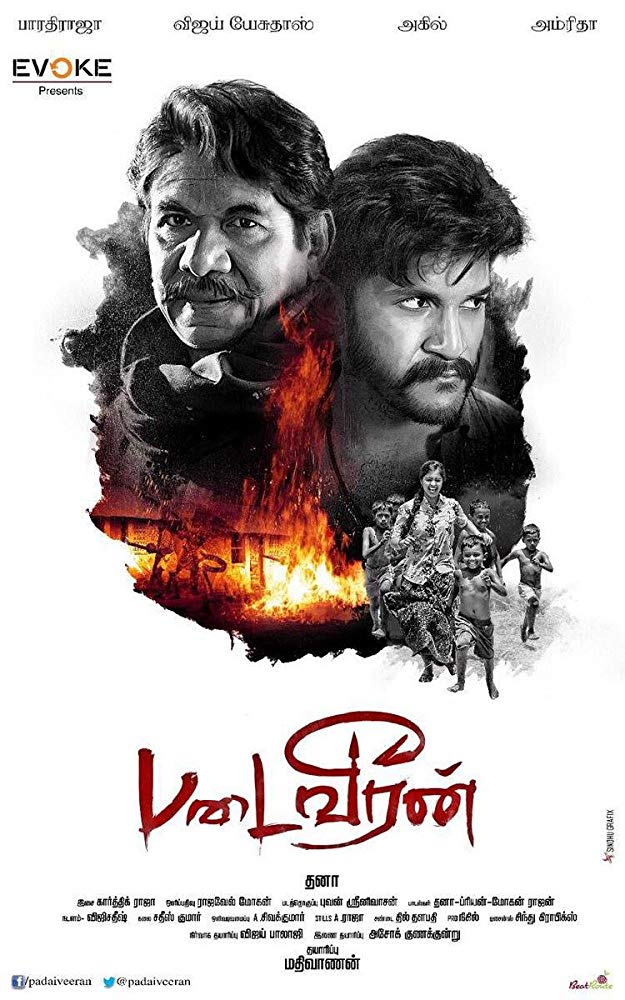 Set in Aiyanaar Patti, a village in a rural area around Theni, where caste segregation is still practiced as the result of the controversial Criminal Tribes Act imposed by the British colonists. This ends up with impoverished communities being stereotyped as generational criminals. Among these is a young man called Padaiveeran, raised by his doting maternal uncle after his parents’ death. He is often arrested for petty crimes, until one day he comes to realise a way to clear his community of the caste stereotyping. He decides he must become a police officer. 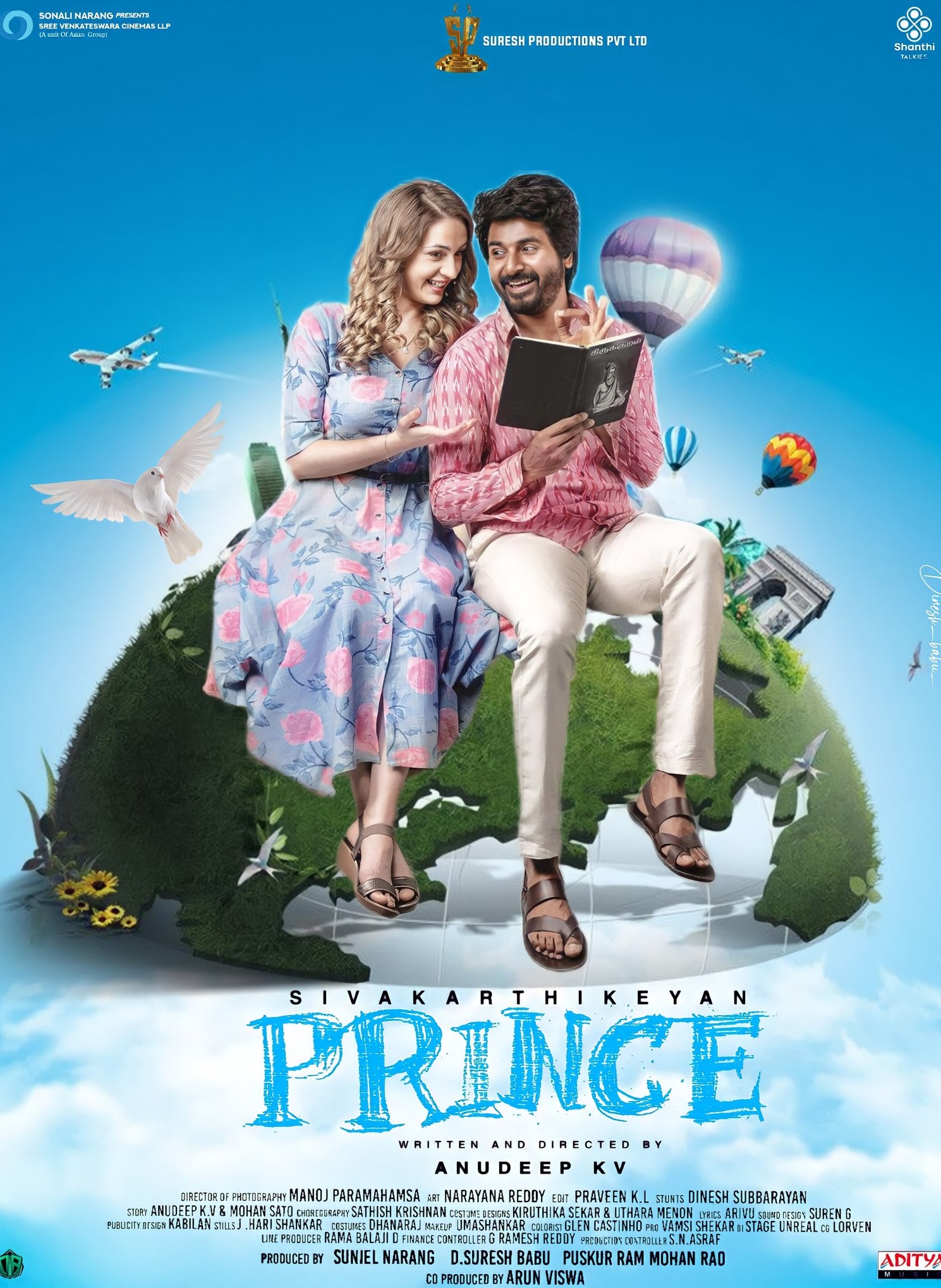 A teacher falls in love with a young British woman who works as an English teacher at the same school. He tries to woo her, leads conflicts that come crashing on them as they face the biggest battle of their lives – to get married. 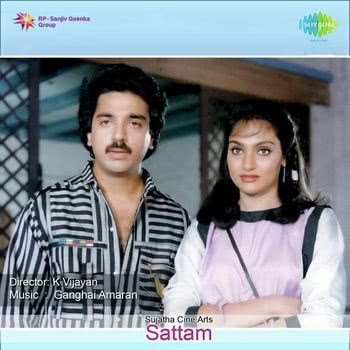 A spoiled young heiress marries a poor man in order to inherit her grandfather’s property.